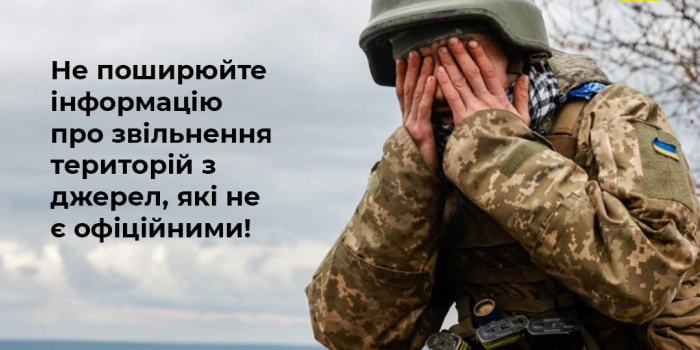 Deputy Minister of Defense of Ukraine Hanna Malyar urged citizens not to post about the liberation of settlements until it is officially reported by the UAF General Staff or the Ministry of Defense, because after such posts the enemy starts attacking the liberated territory again.

She wrote about this on her Facebook page after journalist and blogger Denys Kazanskyy was the first to spread information about the liberation of the Ruska Lozova village in Kharkiv region on April 29.

According to her, in the same post, he said two more things that did not need to be written publicly. And in the evening, a new escalation began in the liberated village.

"Yesterday there was another case of publicity harmful to the country's defense. During the day, a well-known blogger published some information about the liberation of Ruska Lozova village in Kharkiv region. In the same post, he published two more things that did not need to be written publicly. The information immediately became widespread, we were simply bombarded with requests and we had to confirm it. And already in the evening began a new escalation. The enemy intensified their activities," she wrote.

According to Malyar, as of the evening of April 29, there were already 12 wounded and one dead.

"That's the price of the post and the likes)," she wrote.

She stressed that the right to publicly spread relevant information belongs to the General Staff and the Ministry of Defense.

"Yes, this information can be provided to you by acquaintances in the military directly from the front line, but the right to spread it publicly belongs to the General Staff and the Ministry of Defense. Because such information is part of a military operation. You don't have to write everything you know on social media," Malyar wrote. 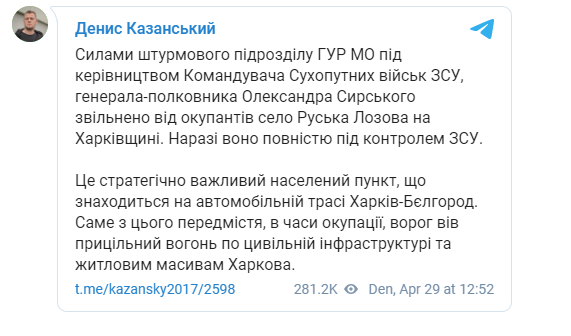