Ministry under Borodyansky works out criteria of manipulation in journalism 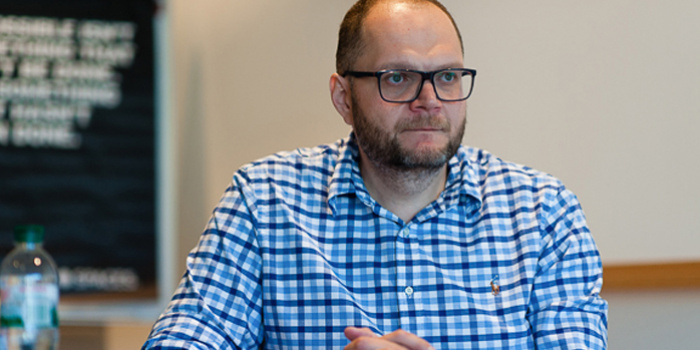 “I will explain what we are currently working on. We define what is manipulation, what are the criteria of manipulation and what exactly entails criminal responsibility. One of the important criteria is if there is a customer. Second - if this manipulation poses a threat to the public. That is why it is first and foremost important to define the criteria – what could be covered with the term "manipulation", - Borodyansky said.

According to him, for example, if an editor-in-chief of an edition charges his journalist to make a story under some specific point of view, it deprives the journalist of the opportunity to understand what happens objectively. Then it is obvious that the editor in chief wants to achieve some different result, and not to simply inform the society. Then, as the minister added, the journalist has the right to refuse, and the state on his part will protect him. “In this case, you are 100% protected by the state. If you are fired, for example, we will as well provide you with a procedure to protect you as a journalist. It is a complex system, not a one-move. This is a system that has to balance between protection of freedom of speech, protection of the journalist and protection against manipulations and fake news, ” - the minister emphasized.

At the same time, in the minister's opinion, important is not criminal responsibility for manipulations, but prevention. “Because when the punishment comes, it means that the prevention has not worked. Prevention is the understanding, among other things, that such actions can entail conviction or fine. Therefore, our task, first, is to create an understanding by all subjects of what can and cannot be done. Which, in government’s view, has to entail punishment. So when, for example, a customer came up to you and said, "Well, let's do this," and you realize that this is regulated by the law and they want you to break the law, so, this is a completely different thing”, he explained.

Borodyansky assured that the criteria currently being developed will be subjected to public discussion.

As IMI reported, on November 6, the minister of culture Volodymyr Borodyansky said that in Ukraine they plan to increase the responsibility of journalists for the dissemination of false or manipulative information. According to him, the concept plans to introduce the concept of "manipulation of public opinion" and its criteria.