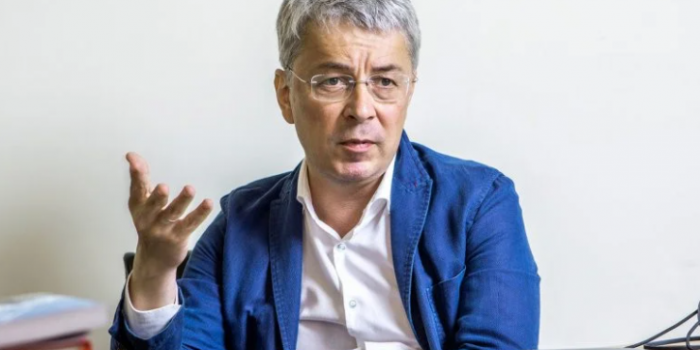 “Recently, more and more publications or interviews with the so-called leaders of the so-called republic, recognized by the Ukrainian State as a terrorist group, appear in the foreign media. The interviews were recorded in the occupied Donetsk. The most recent case happened with Reuters, so I decided to respond".

"I am not going to quote the terrorists; I would only like to say that their rhetoric has not changed over the last 8 years and in a nutshell comes down to the idea of «Putin, help!». But my question is addressed not to the militants, whose actions will be judged by either a court or a tribunal, but to the journalists who, in «keeping with» the standards of providing information from all sides, legitimize terrorism. At the same time, they provide criminals with the platform to articulate the ideas of the Kremlin," as Tkachenko said.

The Minister reminded that a foreign journalist has the right to visit the temporarily occupied territory of Ukraine, but "this must be done exclusively through the Ukrainian border checkpoints along the demarcation line."

"Any other way of entering the temporarily occupied territories will be considered a violation of the Ukrainian legislation and will lead to appropriate sanctions, regardless of the country the journalist comes from, ”said Oleksandr Tkachenko.

It will be recalled that on February 7, Reuters published a story "Separatist leader says full-scale war in east Ukraine could break out any time”, based on an interview with the leader of the so-called "DPR" Denis Pushilin. He told the agency that the militants "will be forced to turn to Russia if Ukraine, with the support of Western countries, passes a certain line."

The Ukrainian Ministry of Foreign Affairs drew the attention of Reuters to its publication, in which the occupying forces of the Russian Federation in Donbass were called "separatists”. In particular, Foreign Ministry spokesman Oleh Nikolenko said that “in Donetsk region they are not separatists, but Russian occupation administration. Drawing attention to Russian puppets, this creates a false reality, undermines efforts to bring Russia to justice for its crimes. When it comes to Europe's security, responsible journalism is crucial. "

As IMI reported, on February 8, the Media Movement declares that foreign journalists were facing regular problems to be accredited in Joint Forces Operation zone.