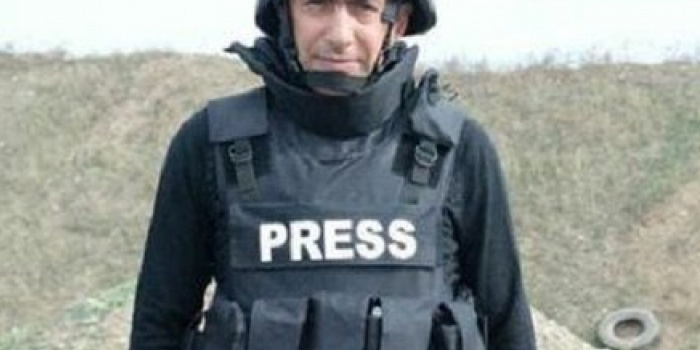 A land mine explosion has killed two Azerbaijani journalists and a local official in an area recaptured from Armenian separatists during last year's war over the Nagorno-Karabakh region, as Radio Free Europe/Radio Liberty reported.

The explosion on June 4 comes amid heightened border tensions between Armenia and Azerbaijan in recent weeks despite a Russian-brokered cease-fire.

A local village official was also killed in the blast and four people were wounded.

Video published on AzTV purported to show the charred remains of the vehicle along a dirt road, with one dead body in the background.

A six-week war broke out between Azerbaijan and Armenia over the breakaway region of Nagorno-Karabakh last year, claiming at least 6,900 lives.

The fighting ended with a November 2020 cease-fire that saw Armenia hand over swaths of territory that ethnic Armenians had controlled for decades, including Kalbacar.

In recent weeks, the two sides have blamed each other for a number of incidents along their border, putting pressure on the cease-fire in the run-up to Armenia’s snap parliamentary elections on June 20.

According to Azerbaijan, seven of its troops and 15 civilians have been killed and more than 100 people injured by land mines since the cease-fire.

Late in May, Azerbaijan captured six Armenian servicemen Baku said had crossed into Kalbacar district to lay mines on army supply routes. Yerevan said its forces were only strengthening the border area inside Armenian territory.

Moscow, which has 2,000 peacekeepers monitoring the cease-fire, has proposed to help with the delimitation and demarcation of the neighbors' borders.

Nagorno-Karabakh and surrounding districts are one of the most heavily mined areas of the former Soviet Union.

The worst-affected areas are along the fortified former front lines where land mines had been laid since the early 1990s to create a buffer zone between Azerbaijani and Armenian forces.

Some 750,000 ethnic Azerbaijanis were displaced from areas in and around Nagorno-Karabakh in the 1990s war, which claimed the lives of some 30,000 people.

Azerbaijani President Ilham Aliyev has vowed to return displaced people to villages and towns they were forced to leave nearly three decades ago. The Azerbaijani government says one of the biggest obstacles is hundreds of thousands of mines littered throughout the area.