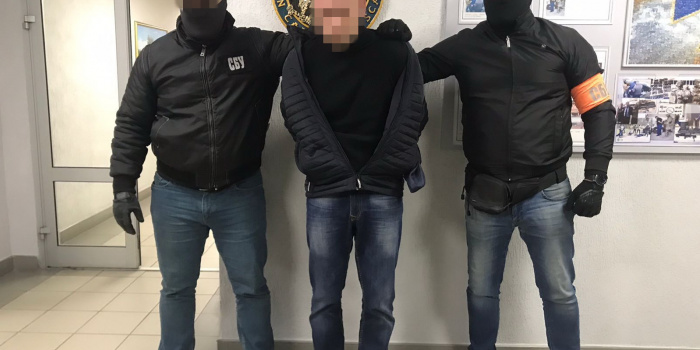 In Kyiv, counterintelligence officers of the Security Service of Ukraine (SBU) have detained a former militiaman from the terrorist organization of "DPR", the superior of Donetsk "Izolatsiya" illegal prison, as this was reported on the website of the SBU.

According to the SBU, the man had been directly involved in several killings and tortures of Ukrainian prisoners.

The malefactor was detained under criminal proceedings initiated for four articles of the Criminal code: Art. 149 (human trafficking); Art. 258-3 (creation of a terrorist group or terrorist organization); Art. 260 (creation of paramilitary or armed formations not provided by law); Art. 438 (violation of the laws and customs of war).

Prior to his detention by pro-Russian militants, he cooperated with a number of Ukrainian media, including Radio Liberty, from occupied Donetsk. He wrote articles for the project "Radio Donbass.Realities" under the pseudonym Stanislav Vasin.

In 2018, Radio Liberty published a collection of essays by Stanislav Aseyev "In Isolation" about his life in the occupied territory of Donbass, which he wrote from January 2015 to May 2017 for Radio Svoboda, "Tyzhden", "Ukrayinska Pravda" and "Dzerkalo Tyzhdnya".