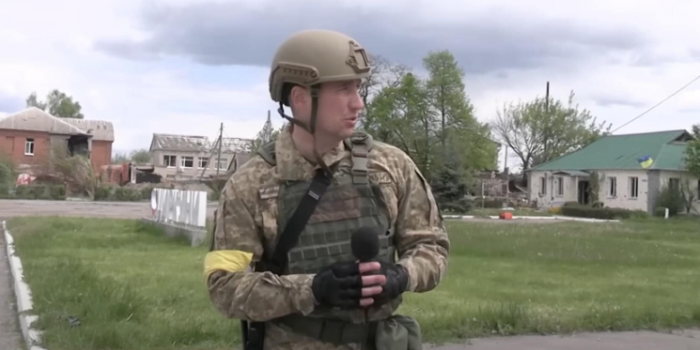 Danylo Ishchenko, military journalist with the Central Television and Radio Studio of the Ministry of Defense of Ukraine, was wounded in the line of duty.

This was announced by the Military Television of Ukraine on their Facebook page.

It is reported that the doctors decided to amputate the limb and prescribed appropriate treatment and rehabilitation.

Danylo Ishchenko's colleagues ask everyone who cares to join and support him and donate to the card of his mother E. Ishchenko: 5355075010938266.

In a comment to IMI, Acting Head of the Central Television and Radio Studio of the Ministry of Defense of Ukraine Serhiy Kaminskyy said that Danylo Ishchenko was wounded on June 1 in Kharkiv region while filming a russian breakthrough attempt.

"He was carrying out his duties as a military journalist. He was holding a camera, gathering information. The russians were attempting a breakthrough and there was mortar fire, about four mines fell near them. He almost managed to get into the shelter on time, but a mine fragment caught up with him," Kaminskyy said, adding that his leg could not be saved.

As IMI reported, on June 10, author of the "Recruit.UA" program, former head of "Armiya FM" and the Military Television of Ukraine Oleksiy Chubashev was killed in action. On February 24, 2022, he went back to serve in the UAF. Oleksiy was 30 years old, he was survived by his wife, young daughter and son, who was born in March this year.