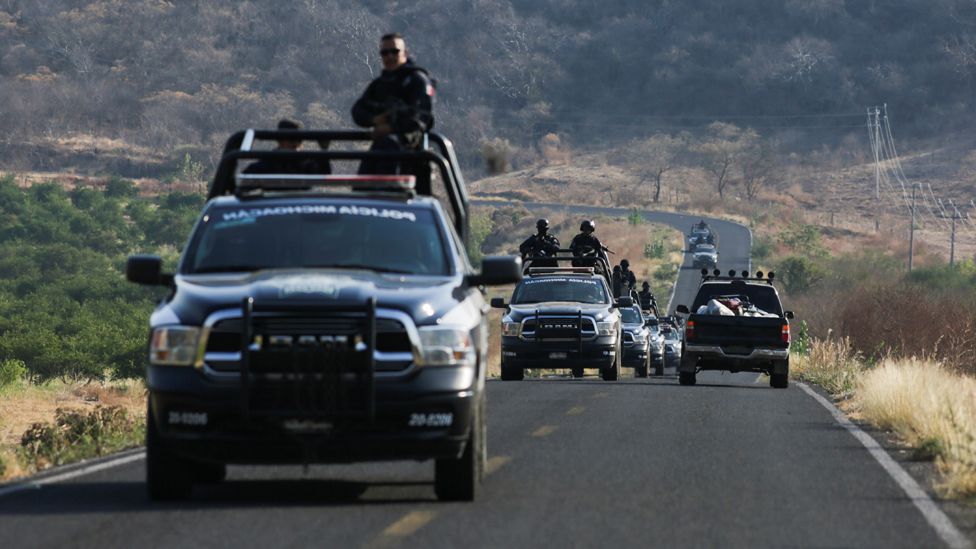 Men claiming to speak for Mexico's most powerful drug cartel have released a video threatening to murder a news anchor over what they deem to be unfair coverage, as BBC reported.

The warning was made by a man who said it was on behalf of the leader of the Jalisco New Generation cartel (CJNG).

He complained that Milenio Television was favouring so-called self-defence groups organised to resist the CJNG.

In the video, journalist Azucena Uresti is threatened directly.

"I will make you eat your words even if they accuse me of femicide," the man warns.

The brutal CJNG has been blamed for some of Mexico's bloodiest attacks and its leader, Nemesio Oseguera Cervantes, is one of the country's most wanted men. The US is offering a $10m (£7.2m) reward for information leading to his capture.

An attack last year on a drug rehabilitation centre in the state of Guanajuato that left 26 people dead was widely blamed on the CJNG.

However, despite the cartel's reputation, the new video seeks to shift blame on to the media over their alleged bias against CJNG.

The masked man also argues that the self-defence groups - which claim to be standing up to the cartels - are in fact drug traffickers themselves.

Expert accounts suggest that vigilante self-defence forces have helped to contain violence in high-crime areas like Michoacan state. But some have reportedly struck deals to get protection and firearms from criminal gangs.

Mexico is one of the most dangerous countries in the world to be a journalist. But while attacks on local reporters are common, such public warnings are rare.

Milenio Television and Ms Uresti are yet to comment on the video.

Presidential spokesman Jesús Ramírez Cuevas tweeted that the government "will take the necessary measures to protect threatened journalists and news outlets".
BBC
Liked the article?
Help us be even more cool!
Other news