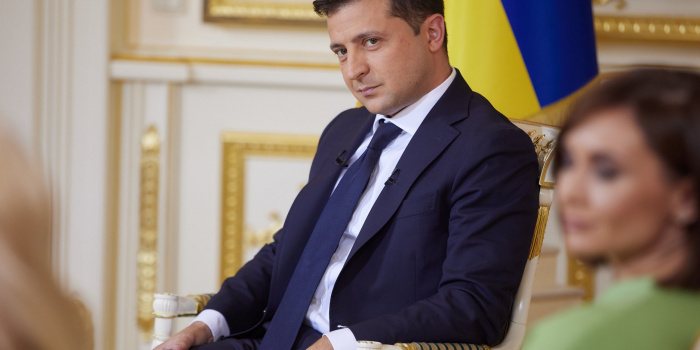 Photo credit: Office of the President

Spokeswoman for the President of Ukraine Yulia Mendel said that Public broadcaster was not invited for an interview with the head of state, due to its poor ratings.

She wrote this in a comment under her own post on Facebook about interview of Volodymyr Zelensky taken by ICTV, Inter, 1 + 1 and Ukraina, as Detector Media reported.

“Unfortunately, we cannot invite all TV channels. And, as they do every other country, we did it based on ratings. They do it everywhere. We sincerely wish the public broadcaster to have a high-quality content and a wide audience! And that is why under the new government the entire budget has been allocated for them for the first time. We are waiting! ” as Yulia Mendel said.

In response, users wrote that the interview with the head of state could contribute to its ratings getting up.

“Should the president help raise the ratings? We do not restrict them in any way in our work for society. It seems obvious that there are no restrictions from the authorities. We expect higher standards, quality stories and increased public trust. And we absolutely support these aspirations of the public broadcaster. I am sure that one day the Public will have the same standards and ratings as the BBC does! ”, - Yulia Mendel answered. 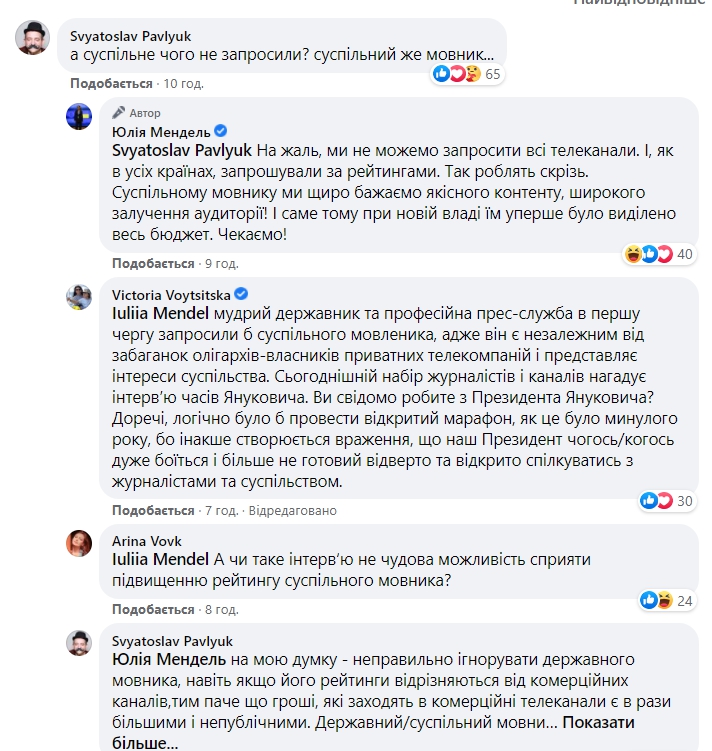 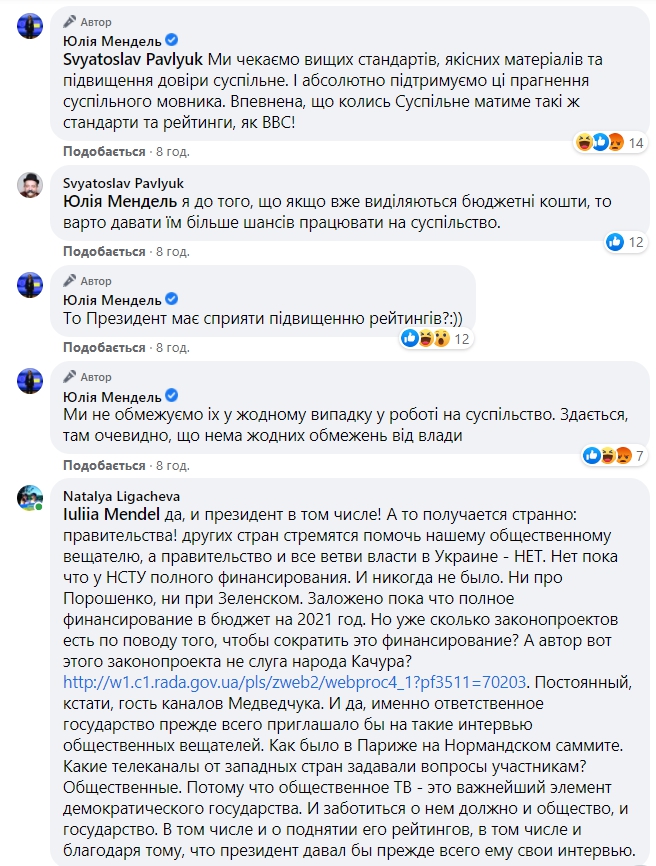