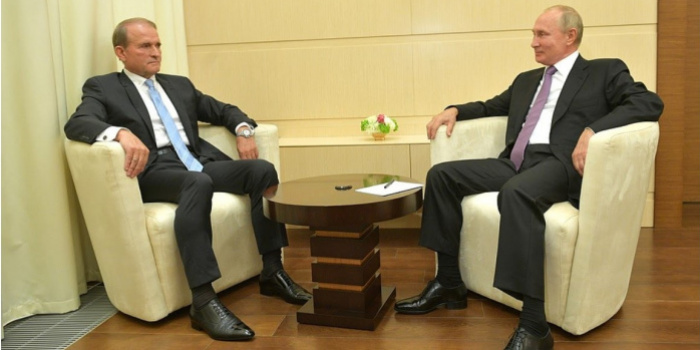 The MP from "Opposition Platform - For Life" Viktor Medvedchuk denied that "112 Ukraina", ZIK and NewsOne TV channels would be connected to Russia, as Radio Liberty reported.

He considers illegal the sanctions targetting the TV channels which legally belong to the MP from OPFL Taras Kozak.

"In compliance with the law, on the basis of which the sanctions have been imposed, economic ones and other, they can not be applied to Ukrainians, as well as legal entities registered under Ukrainian law," - said Medvedchuk.

He stressed that sanctions can be applied only against non-residents, persons with foreign citizenship, as well as stateless persons and foreign law firms.

“There are no other grounds for applying sanctions against Taras Kozak, a citizen of Ukraine, MP of Ukraine, member of the political board of our party. Neither in the current legislation nor in the Constitution, ” as Medvedchuk said.

According to him, the decision to impose sanctions led resulted in firing out of 1,500 employees of three channels, including 634 journalists.

According to”Media Detector” monitoring, the sanctioned channels, namely 112, ZIK and Newsone, have been systematically disseminating messages of Russian propaganda in Ukraine. In particular, media expert Yaroslav Zubchenko called them "the most successful projects of Russian propaganda."