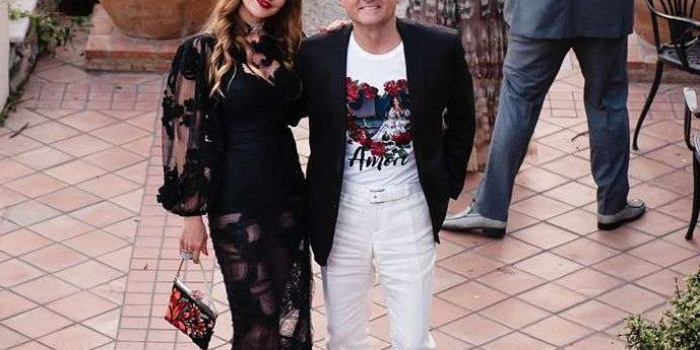 The chairman of the political council of the “Opposition Platform - For Life” party, Viktor Medvedchuk, indicated in his property declaration for 2019 a company that is part of the shareholding structure of Studio 1 + 1 TV and Radio Company. This was reported by journalists of the program "Schemes: corruption in details" (Skhemy”),as Radio Liberty reported.

According to the information provided by Viktor Medvedchuk in his property declaration, his wife, TV presenter Oksana Marchenko, is the ultimate beneficial owner of Bolvik Ventures Ltd in the British Virgin Islands.

This company owns 24.66% of Studio 1 + 1 Teleradiocompany LLC through a number of other companies, according to a report on the ownership structure on the 1 + 1 channel website as of March 2, 2020. The same report states that this company is controlled only by businessman Ihor Surkis, but there is no information about Viktor Medvedchuk's involvement in it.

Another big co-owner of 1 + 1 is oligarch Ihor Kolomoisky, according to the channel's website.

Similarly, the Cypriot firm declared by Viktor Medvedchuk is listed in the ownership structure of another group TV channel, 2 + 2 (Gravis-Kino LLC). Through a number of companies, it owns a 24.51% stake here, according to a report on the channel's website, published on March 16. The official website of the 2 + 2 TV channel says that Bolvik Ventures LTD is controlled only by businessman Ihor Surkis, but there is no information about Viktor Medvedchuk being involved in this business.

In a comment to “Skhemy”, Ihor Kolomoiskyi, co-owner of the 1 + 1 channel group, said that the information about the Medvedchuk family's share in the 1 + 1 Studio structure was a surprise for him. "This is a surprise for me. The order is as follows. We got this information. The TV channel must send inquiries in time: when the alienation took place, how the alienation took place and why they did not notified us about it. That is why they did not report it to us? Why do we learn about it from the declaration? ”the businessman said.

Journalists asked whether Kolomoisky felt it easy being a partner of the Medvedchuk family.

“What difference does it make to me? He is not the sole owner. Why discuss – easy or not easy, if it does not depend on me? If Surkis sold it to Medvedchuk. How can I influence this? If we talk about Bolvik, then there was Surkis. Now in the declaration they wrote that the owner was Marchenko. One should find out what share, how many shares. Nothing is said there… By the way, I have never separated Medvedchuk and Surkis. I always thought they were together. As to which assets and in what ratio, this is another question, ” he said.

Neither Viktor Medvedchuk, nor Oksana Marchenko answered journalists' phone calls. Businessman Ihor Surkis' phone number was answered by his bodyguard, who advised to contact his secretariat, where they did not answered the calls.

In a comment on the ownership of the channel by Viktor Medvedchuk, the press service of "1 + 1"  said: "We cannot comment on this report at the moment, as this is also a surprise for us. The lawyers of the media group have sent relevant inquiries to the companies that are part of the ownership structure of the TV channel, and we are waiting for an answer.” Similar information was later published on the official website of 1 + 1 media.