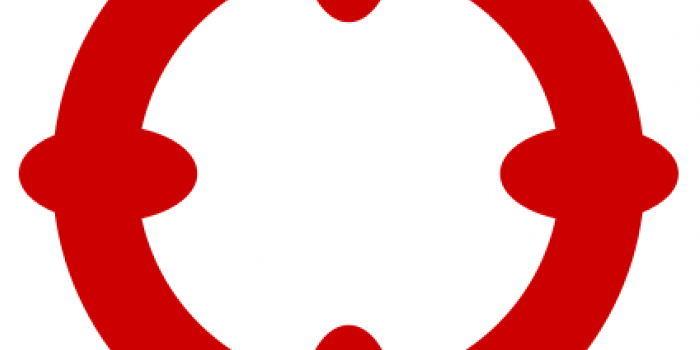 Within the framework of "Mediachek" initiative, the joint project of "Detector Media" and "Institute of Mass Information", we’ve received a complaint about an article published in the online edition "Forpost" “Residents of Stryy expect Oleh Kanivets to become their head. An expert research”.

It will be recalled that a special form for filing a public complaint against low-quality journalistic pieces that violate the law and professional standards is available on the websites of the “Detector Media” and the “Institute of Mass Information”. Everyone can file complaint, anonymous complaints are not considered. This tool serves for prompt consultation as to violations of professional journalistic standards in mass media. If the submitted stories has some controversial points, the complaint is referred to the Commission for Journalism Ethics (CJE) and the Independent Media Council (IMC).

We publish the full text of the conclusion:

Conclusion № 87 on the story published in the online edition "Forpost" : "Residents of the Stryi community expect Oleh Kanivets to become their head. An expert research”.

1.On October 14, 2020, the “Mediachek” Initiative received a complaint from a citizen about this story. The complainant found that the published sociological survey distorted the opinion of voters, and the publication lacks the necessary data on the survey (errors, samples).

2.This article was published on October 14 in the "News" section without attribution.

3.The publication reported on the results of a poll about support for candidates in the upcoming elections of the head of the Stryi united territorial community

ІІ. Standards of journalistic ethics and legislation governing this sphere of ​​public relations

Code of Ethics for Ukrainian Journalists (as amended in 2013):

" Respecting public's right to full and objective information on facts and events is a journalist's first duty. Journalists and editors must take measures to check reliability of all the reports, video- and audio materials, which came from public, freelancers, press-cutting service and other sources."(paragraph 6).

" Information and analytical materials must be distinctively separated from advertising by particular headings." (paragraph 7).

" Editorial correction of material including pictures, texts, headlines, video and script accordance, etc. should not distort the content of the material. A journalist must notify the audience of rehearsed or reconstructed news.” (paragraph 8).

" Facts, thoughts and assumptions have to be clearly separated from each other. Spreading information which contains biased or groundless accusations is inadmissible." (paragraph 9).

When reporting the results of an election-related opinion poll, information agencies and mass media shall indicate the full name of the organization that conducted the poll, the persons who commissioned the poll, as well as other data specified in Part one of this Article. Provisions from this part apply to the cases of election-related opinion polls published by mass media, news agencies, on Internet" (part 2 art. 50).

" Election campaigning shall mean carrying out any activity aimed at encouraging the voters to vote or not to vote for a particular MP candidate or party that is an electoral subject. Election campaigning may be performed by any means that do not contradict the Constitution of Ukraine and the Laws of Ukraine..." (paragraph 1, part 1, article 51).

However, the title of the article is clearly focused on the electoral support of Oleg Kanivets with mention of the "expert research". This article made think that the pre-election rating of this candidate was about 28%, and the rating of his closest rival was about 22%. Therefore, the victory of Oleg Kanivets did not look sure, although the headline incited to think it ("they expect Oleg Kanivets to be their head"). And we draw attention to the fact this was a news piece. “Mediacheck” project found that this headline was in favour of the election leader and had an excessive and artificial assumption made by the author-journalist. This is a violation of professional standards of journalism – non-distortion of the content of information during editorial work with the information and separation of facts from comments.

At the end, the article quoted one of the authors of the research study. According to him, the purpose of the study was to find out what was "the vision of public opinion leaders or people who can influence the choices of others. We are talking about doctors, teachers, entrepreneurs ...". At the same time, the above-mentioned article said that the research study covered "550 adult residents of Stryy and other settlements that will enter the Stryy united territorial community who were interviewed." In general, it remains unclear whether all 550 respondents were "leaders of public opinion" or ordinary voters.

Research in the material is not called "sociological", but "expert" one. So it cannot be affirmed unequivocally that this was an election-related public opinion poll within the meaning of the Electoral Code or some other type of survey. The “Mediacheck” project does not have the competence to assess the quality of the opinion poll in terms of sociology, in particular the issue, whether its results distort or not public opinion.

The legislation requires that in case of publication of the results of pre-election polls, one should publish a detailed set of data about the way the opinion poll was held and about those ones who commissioned the opinion poll. But in this case it is impossible to say unequivocally that the specified norms apply to this research. First, its methodology is not absolutely clear, and second, the Electoral Code does not regulate the activities of online publications (unlike the sites of those media that have state registration). Thus, the “Mediacheck” project concluded the text had only one violation of professional standards of journalism: insufficiency of the journalistic piece in terms of providing information about research and failure to provide assessments of independent experts.

The Mediachek initiative concluded that the online publication "Forpost" in its article "Residents of Stryy expect Oleh Kanivets to become their head. An expert research" violated items 6, 8, 9 and 10 of the Code of Ethics of Ukrainian journalists.

The “Mediacheck” initiative does not assess the sociological quality of this study.