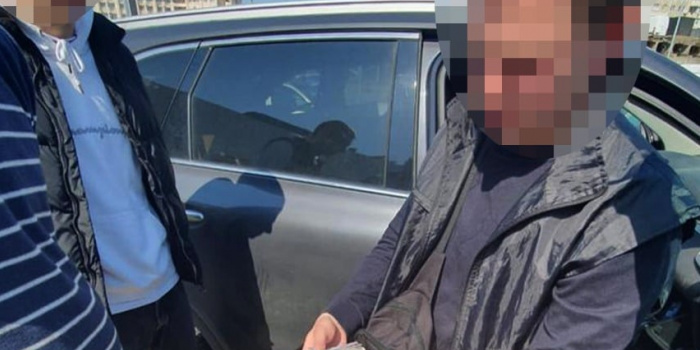 The Security Service of Ukraine announced the detention of the editor-in-chief of a news media and the president of an investment company on suspicion of embezzling humanitarian aid.

This was reported by the SSU Office in Lviv region on their Facebook page.

According to the special services, both men, who are residents of the region, were caught "red-handed" while selling military equipment worth 550,000 hryvnias.

According to the SSU, they has been selling military equipment and other humanitarian aid intended for the needs of the army and military formations of Ukraine for a considerable price.

The investigation also found that the men misappropriated donations from philanthropists that were transferred to the accounts of an alleged public organization as aid to the UAF. Then, through bank branches and terminals, the men withdrew funds from these accounts for their own gain.

During the searches, law enforcement officers found a warehouse with a large amount of military ammunition worth millions of hryvnias. After checking the quality of these goods, the SSU officers will hand them over to Ukrainian defenders.

Both men were notified of suspicion for illegal use of humanitarian aid, charity donations, or free aid for profit (Part 3 of Article 201-2 of the Criminal Code of Ukraine). The nxt step, according to the procedure, will be choosing a measure of restraint.

As Lviv.Media online media outlet reports, citing its own sources, the detainees were Mind.UA editor Yevhen Shpytko and President of the International Investment Office, former head of the Investment Policy Department of the Lviv Regional State Administration Roman Matys.

The IMI representative in Lviv region tried to confirm this information with both Roman Matys and Yevhen Shpytko. At the time of publication, both phones are turned off.