Media community calls for identifying and punishing murderers of journalists 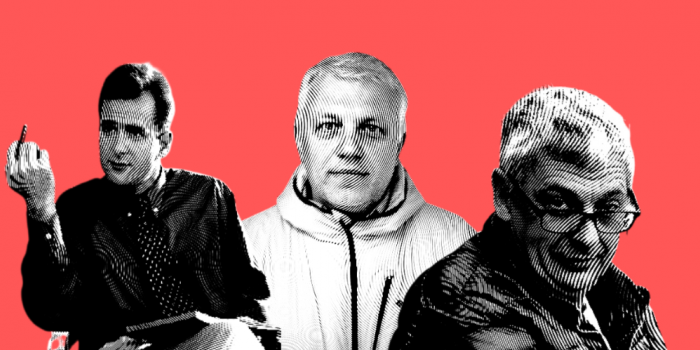 Ukrainian journalists and media organizations call on the authorities to identify and punish murderers of journalists.

This is said in the statement released on the Remembrance Day for Murdered Journalists.

Here is the full statement:

On September 16, 2000, a group of law enforcement officers abducted journalist and Ukrainska Pravda founder Heorhiy Gongadze. His mutilated, decapitated body was found in November of the same year in a forest in Kyiv oblast.

Today marks 22 years since these terrible events. During this time, thanks to the relentless efforts of the Gongadze family, the journalistic community, and international organizations, partial justice has been achieved. All perpetrators of the crime were punished. However, the person who ordered the murder of Heorhiy Gongadze has not been officially named.

Unfortunately, Gongadze's death is one of the most high-profile, but not the only case of a Ukrainian journalist being murdered. On July 20, 2016, journalist Pavlo Sheremet was killed in Kyiv. The investigation into those who ordered Pavlo Sheremet's murder is still ongoing.

On May 4, 2019, journalist Vadym Komarov was brutally beaten in Cherkasy. The man died after 46 days in a coma. The case still remains unsolved; the perpetrators and employers remain unpunished.

We demand that the authorities:

Today we also remember 38 of our fellow journalists who were killed by Russian troops in Ukraine since the beginning of the Russian Federation's full-scale invasion this year. Of them, eight journalists were killed while carrying out their professional duties.

We call on the Ukrainian law enforcement agencies to promptly investigate all these murders, which constitute war crimes on the part of the Russian Federation, and to ensure justice not only at the level of Ukrainian law, but also to make every effort to bring Russian criminals to the bench of an international tribunal.

Ukraine is fighting for its independence. Ukrainians are paying with their lives every day for our society to live in a democratic state ruled by law.

After the victory, Ukraine will rebuild, and it is fundamentally important that all the murderers of our heroes – soldiers, journalists, activists – face their punishment.