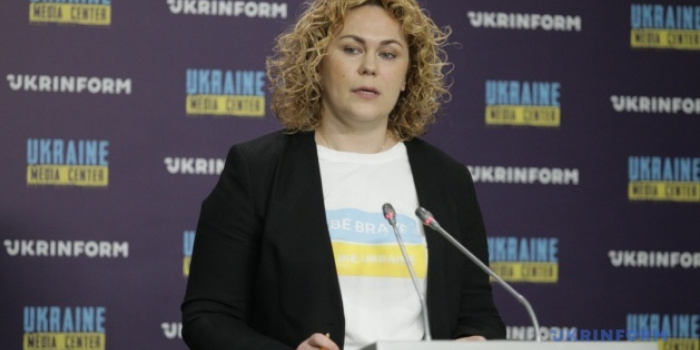 The Ministry of Culture and Information Policy encourages people to join the Internet army so that Ukraine remains in the global information field as much as possible.

This was stated by Deputy Minister of Culture and Information Policy Anastasia Bondar at a briefing in Kyiv, Ukrinform reports.

According to her, the world media's attention is gradually decreasing.

“In the first weeks of the full-scale offensive, the world media published more than 500,000 articles on Ukraine. Today is the 112th day, and we understand that the media attention is gradually decreasing. Therefore, our task is to make sure that Ukraine remains in the global information field as much as possible. And the members of the Internet army of Ukraine are very helpful in achieving this goal. From the first days, they have been doing everything possible to bring our victory closer," Bondar said.

She said that Internet volunteers have been defending the informational front on all social media every day, appealing to governments and influencers, exposing fake news, asking for weapons from international partners, initiating petitions, urging governments to impose embargoes on russian oil, and more.

"So I ask everyone who has not yet joined: any amount of time you can spend on social media to perform a simplest task, such as appealing to any international organization, will help our country in the information resistance," said Bondar.

She also said that the platform "My War" where people share their experiences and emotions about the war is popular among international journalists.

"Each of us, of course, has a story. Some woke up from the explosions, some were forced to move out of their homes for the first time. And we understand that this year, just as eight years ago, some people had to leave their homes for the second time. That's why we currently have more than 5 million views on the portal. And this resource is especially popular among international journalists. We have provided the opportunity of translating all stories into more than 70 foreign languages. Therefore, I encourage my fellow journalists to promote these stories as well, because this is a very good initiative to tell the world how it all happened," the official said.

It will be recalled that in March, the Ministry of Culture and Information Policy, the Association for Innovative and Digital Education and "Totonis" launched the international platform #MyWar (#МояВійна). Every Ukrainian, as a witness of the russian federation's brutal war against Ukraine, can use it to tell their story, to relate real facts and personal experiences.