Mass enforced disappearances are back in Crimea – human rights activists 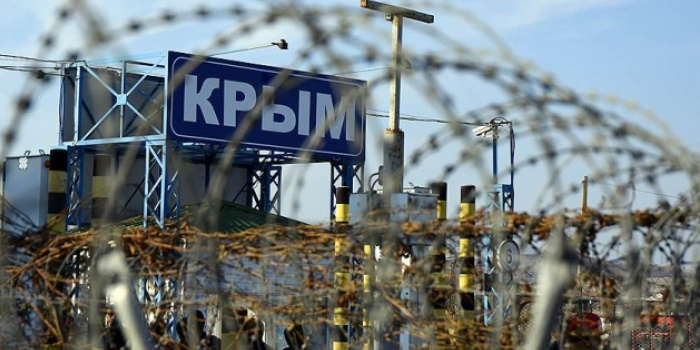 The practice of enforced disappearances of citizens has become massive in the annexed Crimea again for the first time in the past few years.

This was stated by the head of the ZMINA Human Rights Center Tetyana Pechonchyk during the discussion program of the Crimean Platform parliamentary summit in Croatia, Krym.Realii reports.

"Namely, the occupiers are holding multiple people in Crimea detained without providing access to lawyers or notifying the relatives. Some of them were transferred from the occupied Kherson oblast. In particular, as human rights activists, we have reports of the following citizens being subjected to such enforced disappearance: Yaroslav Zhuk, Iryna Horobtsova, Serhiy Tsyhipa, Ivan Kozlov, Mykola Petrovsky, Maria Garcia-Kalatayut, Ruslan Abdurakhmanov, Abaz Kurtamet. However, no one can say exactly now how many people have become victims of such enforced disappearances and are currently in prisons in occupied Crimea," said Pechonchyk.

She added that the Crimean Peninsula is seeing an increase in pressuring and persecution of independent lawyers and journalists.

"In particular, this May, four Crimean Tatar lawyers were detained and later sentenced to fines and administrative arrests, including Edem Semedlyaev, Nazim Sheikhmambetov, Ayder Azamatov, and Emine Avamilyeva. Moreover, three more Crimean lawyers have been stripped of their status, license, and opportunity to continue practicing as a lawyer: Lilia Hemedzhy, Rustem Kyamilev, and Nazim Sheikhmambetov," the human rights activist said.

According to Pechonchyk, at least 14 citizen journalists in Crimea are currently being held in detention facilities as political prisoners.

"And two of these people were imprisoned after February 24 – Iryna Danilovych and Vilen Temeryanov, who worked with the Crimean Solidarity initiative," head of ZMINA clarified.

She emphasized that now "over 150 citizens of Ukraine are political prisoners who are either in the territory of the occupied Crimea or have been transferred to penal facilities in the Russian Federation." According to the human rights activist, 30 of them were imprisoned after the start of Russia's full-scale invasion of Ukraine.

In August, human rights activists warned about the possible significant increase in the number of enforced disappearances in the annexed Crimea and the occupied territories of Ukraine.

During 2014–2020, CrimeaSOS recorded 44 cases of enforced disappearances in Crimea, 15 of which involved people whose fate and whereabouts are still unknown.