Maltese journalist was killed over reporting on power plant, say police - The Guardian 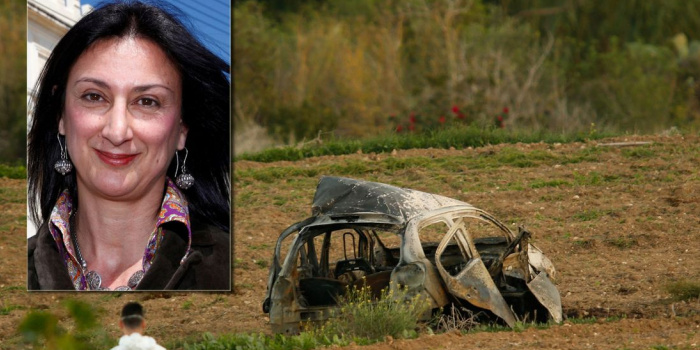 Police believe that the anti-corruption journalist Daphne Caruana Galizia was killed for what she was about to reveal about a government-sponsored power station deal, a court in Malta has heard.

At the start of 2017, Caruana Galizia received a cache of 600,000 emails leaked from an energy company partly owned by Yorgen Fenech, who is now the chief suspect in the murder. The company, Electrogas, holds a lucrative concession to supply Malta’s state-owned electricity provider.

The court heard that the deal was now the subject of an investigation by the Malta police force’s economic crimes unit.

The information was confirmed by Insp Kurt Zahra, one of two homicide detectives leading the investigation into the killing. He was testifying during the compilation of evidence against Fenech, who was charged with conspiracy to murder Caruana Galizia in November.

Zahra testified that police were working on the assumption that the crime was motivated by a desire to suppress information about Electrogas.

Fenech was arrested last year onboard his yacht as it was sailing away from Malta. Police have told the court they believe he was attempting to flee the country. Fenech denies complicity in the killing and says he was taking his boat abroad for repairs.

In court, Fenech listened as his lawyers made a new application for bail. He is asking to be allowed to return home, with limited supervision by police.

Monday’s hearing focused on evidence gathered by the investigation. In a surprise revelation, Zahra confirmed that police were investigating whether Fenech had attempted to purchase cyanide, a deadly poison, at some point after the murder.

“We found there was an attempt to import cyanide by the accused,” the inspector said. The statement prompted a strong denial from Fenech’s lawyers.

Fenech has been named as the mastermind of the plot to kill Caruana Galizia by a middleman, Melvin Theuma. Theuma has been granted a presidential pardon in return for evidence.

The court heard that Theuma visited Fenech at home the day after the killing. He claims to have seen Fenech sitting with a group of people around a table. Among those said to be present was Turab Musayev, who sat on the board of Electrogas alongside Fenech.

Musayev is a former head of the trading arm of Azerbaijan’s state oil company, Socar, which owns one third of the Electrogas venture. He has not been asked to testify and has previously said he had no reason to suspect Fenech’s alleged involvement in the murder.