The main source of news in local media outlets of the South and East of Ukraine is press releases and statements from official institutions — 39% of news are in essence just rehashed press releases. At the same time, in 31% of news, the source of information is the media outlet’s staff correspondent.

The largest share of materials, in which the main or the only source of information was an official institution or an official, was observed in Odesa — about 55%. The smallest — in media outlets of Kharkiv, where only one in every four news items is a press release.

According to the IMI’s research data, it is online media outlets that make news out of press releases and statements from official institutions most often — almost one in every two news articles (46%), on TV — 39%, and the smallest share of those is found in printed press —32%. 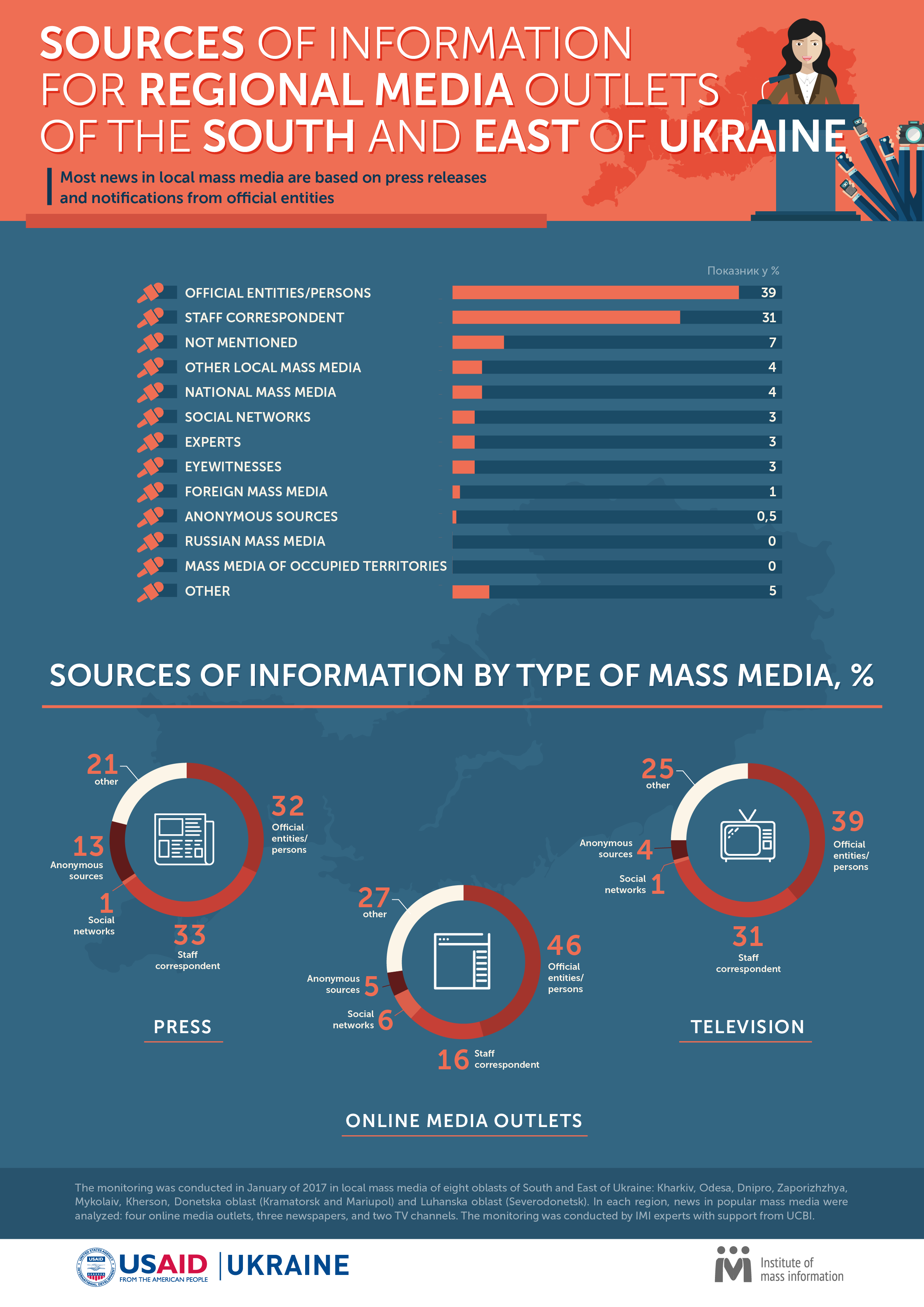 Interestingly, in 7% of news in the observed regional media outlets, the source was not specified at all, which is a violation of the professional standard of authenticity. They fail to name their source of information most often in printed press — in 13% of news articles. The largest share of news with an undisclosed source was found in media outlets of Zaporizhzhia and Mykolayiv (in both cities, 12%), and the smallest — in Odesa (2%).

Social networks are used as a source of information most in online media outlets — 6%; in press and on TV, this indicator is as small as 1%.

The monitoring was conducted by the experts of the Institute of Mass Information with the support from the Ukrainian Confidence Building Initiative (UCBI), which is funded by the United States Agency for International Development (USAID). The monitoring covered local media outlets Kharkiv, Odesa, Dnipro, Zaporizhzhia, Mykolayiv, Kherson, Donetska oblast (Kramatorsk and Mariupol) and Luhanska oblast (Severodonetsk), during January-February of 2017. In every oblast, IMI experts analyzed news in three printed media outlets, four popular online media outlets, and two TV channels. In total, the experts processed 2,612 of materials of printed media outlets, 4,692 materials online media outlets, and 650 TV materials.