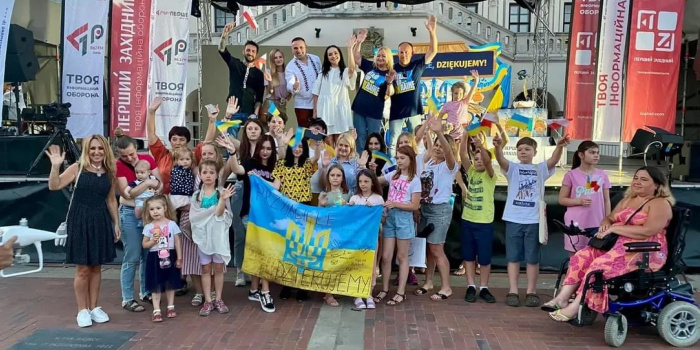 The team of "Pershy Zakhidny" television and radio company organized a charity singing tour "Karaoke for Victory" in Polish cities to raise money for a car for their colleagues in the Armed Forces of Ukraine. This is reported on the TRC's Facebook page.

"The tour's purpose is to thank our Polish friends for their support, to meet with Ukrainians who left their homes due to the war, to sing together, to celebrate and to raise funds for our fellow journalists who are now fighting on the front lines," the post reads.

The media workers have already visited the Polish cities of Chelm, Tomaszów, Lublin, Zamosc, and Rzeszów.

"We have already raised 87,000 hryvnias. We need 38,000 hryvnias more, and on our next trip we will take the car to Viktor Bishchuk's unit, which is currently on the very front line. Since the car is needed very urgently, I am asking you not only to donate, but also to spread the info as much as possible," Dziadyk wrote on his Facebook page.