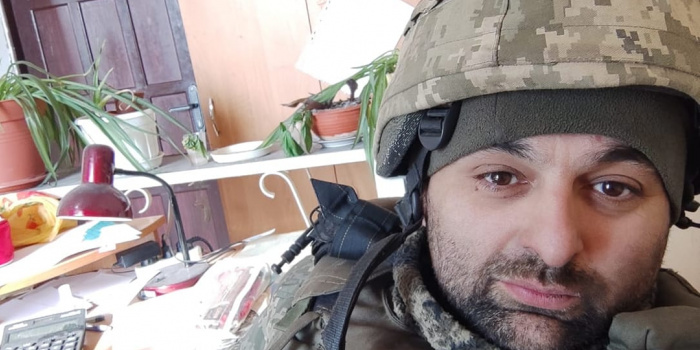 This was reported by Espresso.West with reference to his wife Olga Orudzheva.

According to her, he has been officially missing since March 18.

“I believe in the power of Facebook and everyone who cares !!! Since March 18, Ruslan is officially considered missing. He was not found among the "200". I implore for help from everyone who can join the search or can share contacts, who can help. We pray and believe that he is alive, "the statement reads.

Olga Orudzheva added that, according to preliminary information, Ruslan was on duty, after which he did not return to the position (Luhansk direction, Popasna district).