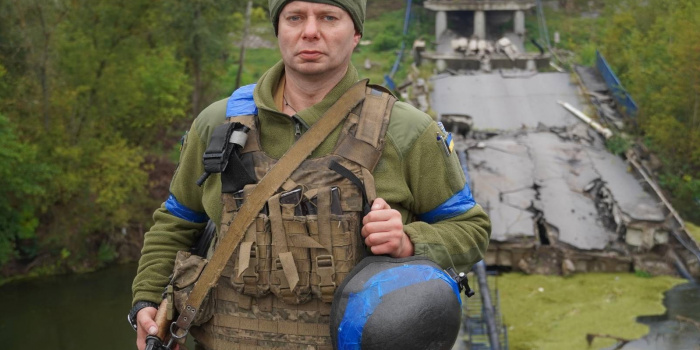 Yuriy Lelyavsky was 49. He worked as a journalist for various publications and news agencies for many years. In 2015, he he was awarded the Order of Merit III degree by decree of the President of Ukraine.

He served in the ranks of the 10th separate mountain assault brigade, where he was a press officer. Later, he returned to civilian life.

In August 2021, he re-signed his contract with the Armed Forces, was the head of the public relations service of the 80th separate airborne assault brigade. He covered the course of the hostilities, filmed the combat work of his fellow soldiers.

Yuriy Lelyavsky is survived by his father, sister, and nephew.

As IMI reported, on October 3, head of the public relations service of the 80th separate airborne assault brigade of the UAF Airborne Forces, Captain Yuriy Lelyavsky, was killed in a battle with the Russian invaders. Captain Lelyavsky met the Russian army's large-scale armed aggression against Ukraine in the country's South, where his unit was conducting combat operations. He always worked at the forefront, covering the battles as they went on.