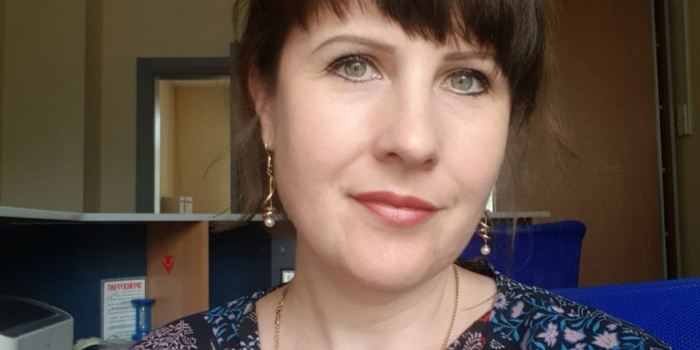 Lawyer Olena Dmytrychenko, who helped local journalists defend the freedom of speech, was killed on June 27 by the russian missile strike on Amstor shopping mall in Kremenchuk.

Kremenchuck journalist Tetyana Donchenko announced this and reported to an IMI representative.

"We lost her. Smart, professional, principled, honest... Much can be written about the work-related qualities of lawyer Olena Dmytrychenko, whose life was cut short by a ruscist missile dropped on Amstor. But for some reason, the thing I remember most is one non-typical (for a journalist's work) aspect of our collaboration. When giving comments for an article, Olena always said: 'Put my photo there.' Why non-typical? Often, our sources (even professional, public figures) state emphatically: 'Don't take photos of me.' With Olena it was the opposite. And she was doing the right thing, because the photos made her recognizable. She loved herself – and this helped her grow professionally and find a balance between work and personal life. And we loved her for what kind of a person she was," Tetyana Donchenko wrote.

As Tetyana Donchenko said to the IMI a representative, Olena was a woman of principle.

"When kindergartens in Kremenchuk were closed due to overly long renovations, the reason for which was, again, the authorities' obscure decision on the choice of a contractor, Olena went to the parents' rallies. Now her youngest daughter is 4 years old. The family was well-off and could probably have solved the problem on their own – but the community's right to preschool education was important to her. And she defended this right at these rallies," she said.

"For example, utility tariffs, consumer lawsuits regarding poor-quality services, the dialogue between citizens and the authorities. When in 2015 our initiative group from the 'European Club' NGO launched the 'Open Access' project, Olena agreed to participate as a lawyer. 'Open Access' is about the government's openness and the procedure behind its decision-making. After all, before that, the Kremenchuk City Council only made some decisions public formally, in violation of the Law 'On Access to Public Information.' Even those decisions that directly affected the life of the community. One of these was about the Procedure for open hearings regarding utility tariffs. This procedure effectively eliminated the community's right to discuss the decision. Journalist Larisa Horyslavets filed a lawsuit, Olena Dmytrychenko helped draft it," the journalist said.

It will be recalled that on June 27, the russian occupiers hit Amstor shopping mall, which had over a thousand people inside, with missiles. The building, which was considered Kremenchuck's largest shopping mall, was destroyed completely.

On July 6, a funeral for six people who had been killed in the missile attack on Amstor shopping mall, including Olena Dmytrychenko, was held.