The journalist was aggressed during riots between anti-LGBT and security forces on Bankova Street.

According to the edition, representatives of the LGBT community organized a rally to protect the rights of sexual minorities. Their opponents organized an alternative street action, which ended in mass clashes with security forces.

The edition noted that the police officer (on the photo below) twice sprayed the correspondent with tear gas. He acted deliberately. At that time, the photographer had a camera in his hands, a “Apostrophe” badge on his chest, as well as PRESS stripes on the front and back.

In a comment to IMI, Roman Petushkov said that the gas got to his face and arm: “I am OK now, but my face and arm are badly burned. I had a sore arm for half an hour. ”

“Amid a conflict between the police and the nationalists, I went back to the police van, a few meters from the collision between the police and the activists, and at that moment, the cop took out a tear gas canister and sprayed it straight in my direction. Yes, purposefully. I had both a badge and PRESS stickers on the front and on the backpack,” as Roman told IMI. The policeman stopped it, when Roman shouted, what for he attacked the journalist.

Petushkov said that he would not file complaint with the police. 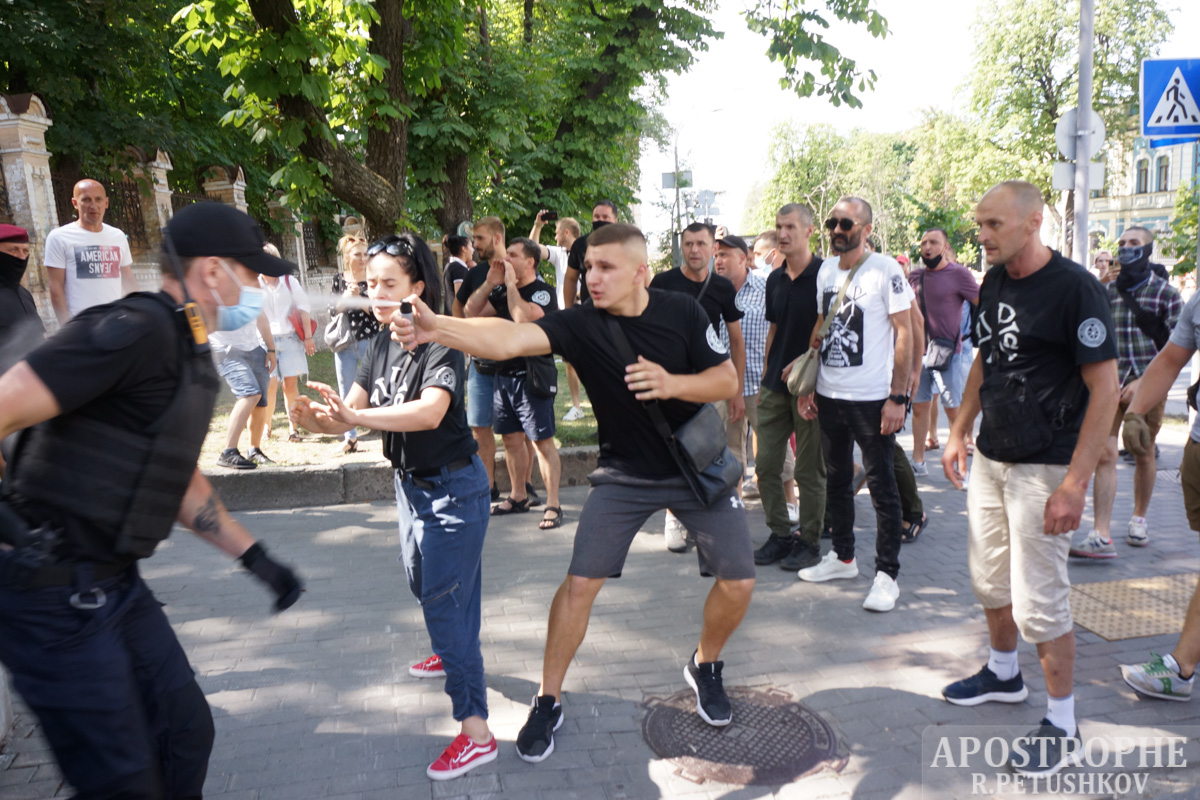 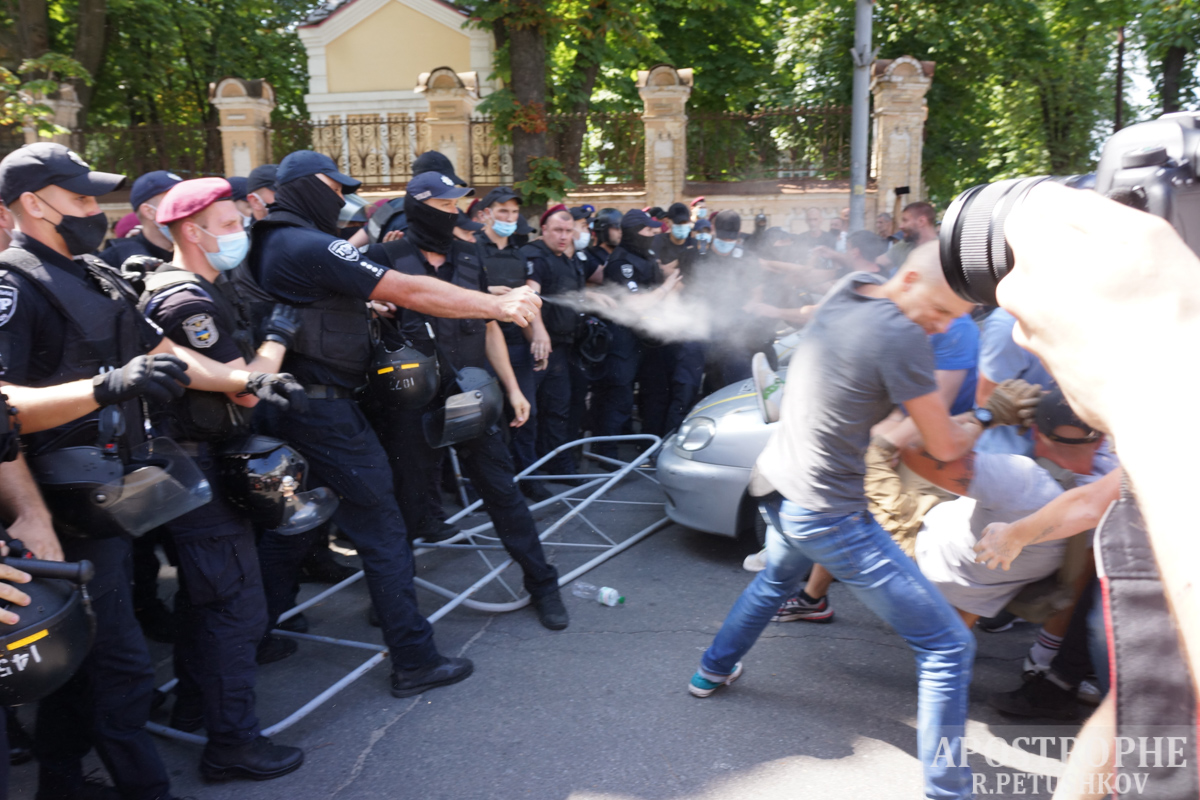