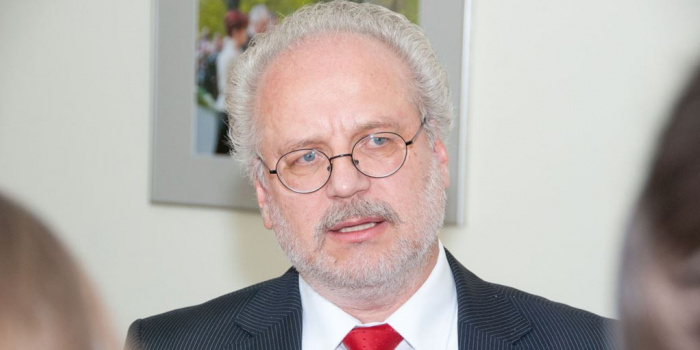 The country's president has proposed corresponding legislative changes. In Latvia, the share of Russian-language programs on television may be cut down to 20%, as UNIAN reported.

President Egil Levits turned to the Seimas Commission on Human Rights and Public Affairs, putting forward a proposal to revise the law on electronic media and increase to 80% the share of TV programs in the official languages ​​of the EU and the Eurozone, according to CurrentTime.

According to ​​Levits's idea, the basic package for subscribers must include television programs produced by state-owned and commercial Latvian media, as well as regional shows. If additional programs are included in the basic package, at least 80% of them should be aired in the official languages ​​of the EU and the Eurozone. There are 24 of these languages ​​now, including English, German, Spanish, and Latvian. This means a decrease in the number of TV programs in Russian to 20%.

The president is convinced that these requirements should also apply to cable TV service providers and electronic media broadcasting television programs.

"Strong information space is an essential part of the country's security and democracy in Latvia. It should be possible to ensure at the legislative level that Latvia residents have access to high-quality, pluralistic TV programs strengthening Latvia's identity as part of Europe's cultural space and contribute to the inclusion of Latvian residents in Europe's general information discourse," said Levits. Changes in the legislation will address "a long-recognized issue, which couldn't be effectively resolved by other mechanisms."