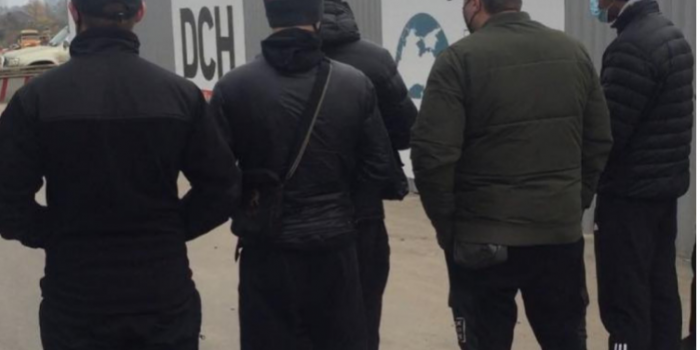 In Kharkiv, on October 30, several young men kicked a TV crew out of the site they were to film the report and tried to knock out cameras and mobile phones. Criminal proceedings have been instituted on this fact, as " Depo.Kharkiv " and the Communication Department of the Main Directorate of the National Police in Kharkiv region.

The incident occurred, as the journalists tried to film a story about the construction of a road passing through the “Barabashovo” market place.

A local journalist from national TV channel told the police that she, along with her colleagues and other camera crews, had arrived at a parking lot near a supermarket on Shevchenko Street to cover the road construction.

According to police, the journalists were in a fence-free area, they wore caps and vests with the inscription "Press" and appropriate badges, and were performing their professional activities.

"At that time, about a dozen young lads ran up to the TV crews and pushed the group of journalists towards the supermarket. The journallists showed their press cards and said they were fulfilling their professional duties, but the men started knocking them out from the place where they were taking pictures”, the police report said.

Information about the incident was entered into the Unified Register of pre-trial investigations under Part 3 of Art. 171 ("Interference with the lawful professional activity of journalists") of the Criminal code of Ukraine.

Measures are being taken to identify the persons involved in this crime and to detain them.

At the same time, “Depo.Kharkiv” reported that about a dozen unknown people, who called themselves security guards of the road construction through the Barabashovo shopping center, attacked two film crews at once.