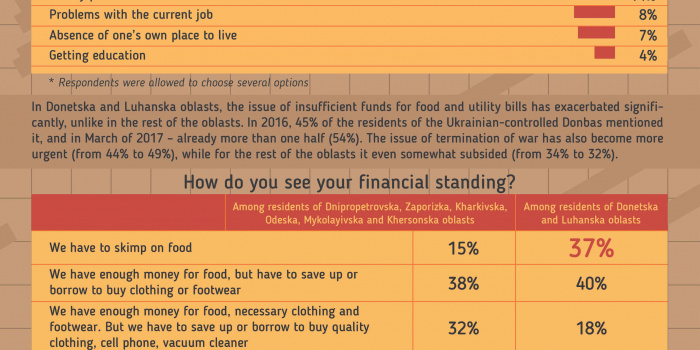 For more than a half (55%) of residents of the East and the South of Ukraine, the most pressing issue is that of lack of money for food and utility bills. Another 32% are most worried about the termination of the war on Donbas.

Other most pressing issues are finding a job that would give enough income (26%), health (23%), and lack of money for expensive goods, like household appliances (20%). At the same time, getting education is pressing only for 4% of the residents. 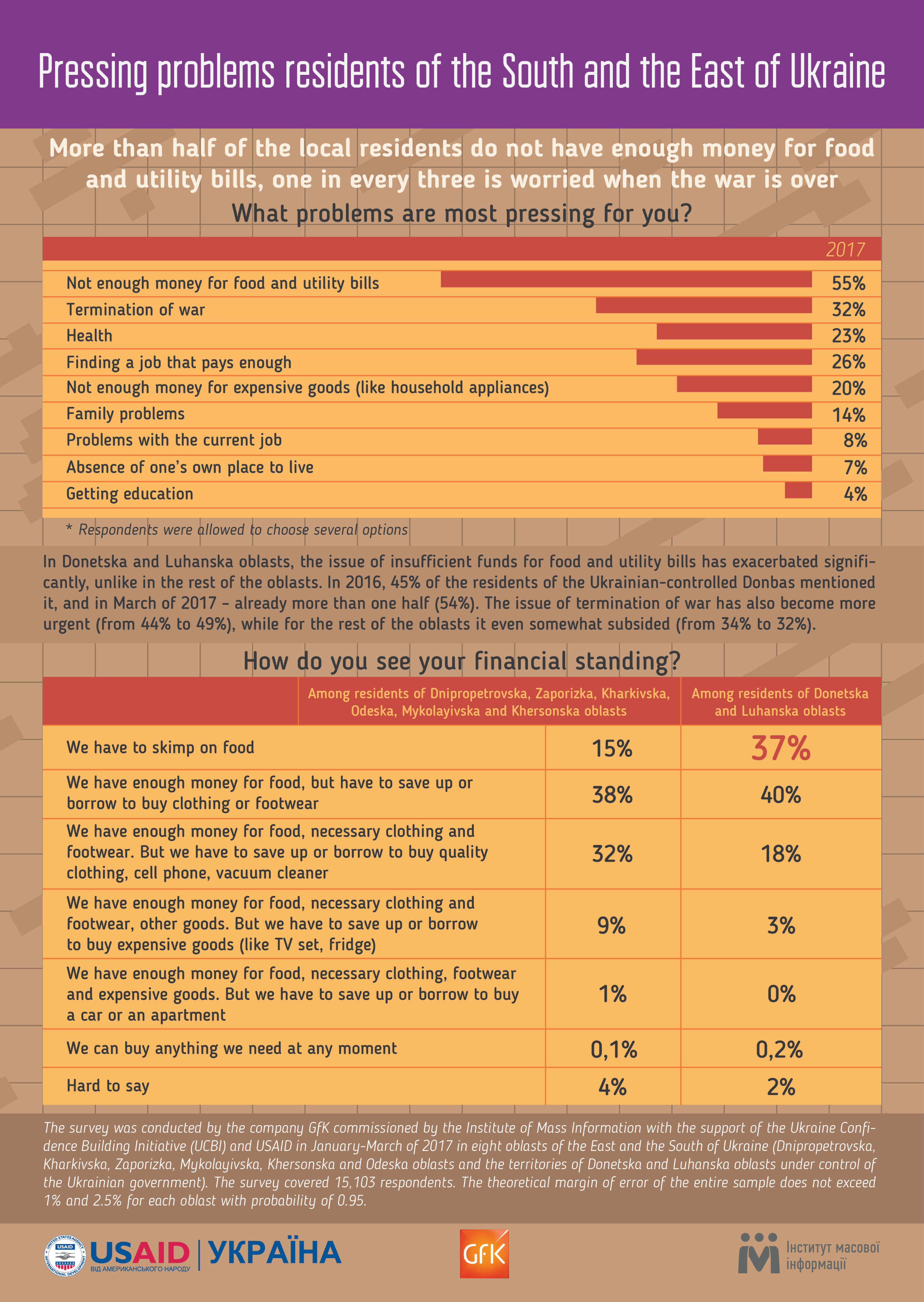 During the last year, in Luhanska and Donetska oblasts, unlike in other oblasts, the problem with lack of money for food and utility bills has grown significantly: in 2016, 47% of residents of the Ukrainian-controlled Donbas mentioned it, and already in March 2017 – more than one half (60%) did. Also, more people consider the issue of termination of the war pressing (from 45% to 53%), while in the rest of the oblasts it even lost somewhat in urgency (from 29% to 28%).

In some front-line cities of Donbas, the issue of the war is significantly more urgent than the lack of money. For instance, 92% of the surveyed in Volnovakha, almost two thirds in Mariupol, Severodonetsk, Lysychansk, and Rubizhne said that the termination of the war is the most pressing issue for them, while the lack of money is pressing for 89%, 54% and 45% respondents, respectively.

In all cities of Donetska and Luhanska oblasts, the shares of those, who say they need to skimp on food is significantly higher than in cities in other oblasts. In Mariupol, this indicator reached almost one half (48%; for comparison, in a similarly-sized Kryvyi Rih of Dnipropetrovska oblast – only 7%), in Starobilsk 42%, Volnovakha and Bakhmut — more than one third (35% in each), in Severodonetsk, Lysychansk, and Rubizhne – almost one third (29%), in Sloviansk and Kramatorsk – a quarter (26%).