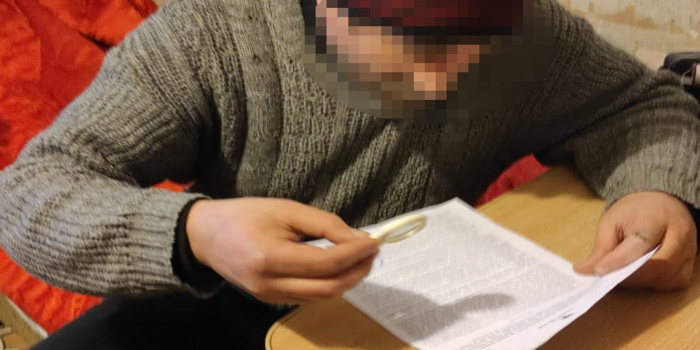 In Kyiv, the SSU issued a note of suspicion to the propagandist who had been distributing anti-Ukrainian content aimed at justifying russia's military aggression against Ukraine. This was reported on the Facebook page of the SSU Head Office in Kyiv and Kyiv region.

According to the SSU, the collaborator created a network of Internet resources where he published content made by russian radical structures controlled by a russian State Duma deputy from the "United russia" party Yevgeny Fedorov. "This deputy is known as the author of the 'conspiracy theory' and the leader of the 'NOD' extremist movement," the SSU stated.

According to the investigation, the 47-year-old resident of Kyiv positioned himself as a representative of this organization in Ukraine. Since the beginning of the russian military aggression he has been justifying the actions of the russian occupantion forces in Ukraine through his network of anonymous Telegram channels, as well as other communities on social media and YouTube.

Searching the suspect's home, the law enforcement officers found and confiscated computer equipment and mobile devices from which anti-Ukrainian resources were administered, as well as leaflets with banned communist symbols.

SSU investigators notified the malefactor of being a suspect under Part 2 of Art. 436-2 (justification, recognition as lawful, denial of the armed aggression of the russian federation against Ukraine, glorification of its participants) of the Criminal Code of Ukraine.

The authorities are currently choosing a measure of restraint for him.