A "republican temnyk" (set of talking points for the media) of the Kremlin is made public by the Center for Strategic Communications and Information Security, this guideline for propagandist media in Russia should be used to distort the facts they cover in east of Ukraine.

This was announced by the Center for Strategic Communications and Information Security on its Facebook page.

"The center received a" republican temnik "on how to "correctly" tell Russian propaganda about the deportation of Ukrainians from the occupied territories and how to cover the “excesses" of the Ukrainian military," the statement said.

The center highlighted main points of how "Russia is brainwashing and manipulating the situation."

In particular, Russian propaganda should report that the evacuation is a forced measure for the security of the population of the "republic" in the face of an attack by the Ukrainian army; the deportation of Ukrainians is called aid from "brotherly Russia"; hospitals "preparing to receive the military wounded"; fake news about missing people in "captured by the Armed Forces (of Ukraine – n/tr) Avdiyivka”.

Russian propaganda must also speak of massive thievery from the side of the Ukrainian army, to speak of the forced mobilization as a "desire to protect Donbass, freedom," and all "Russian people."

The pro-Russian media call the separatists heroes of the DPR, and calls for patriotism "the basis on which the position of the people of the republic must repose." 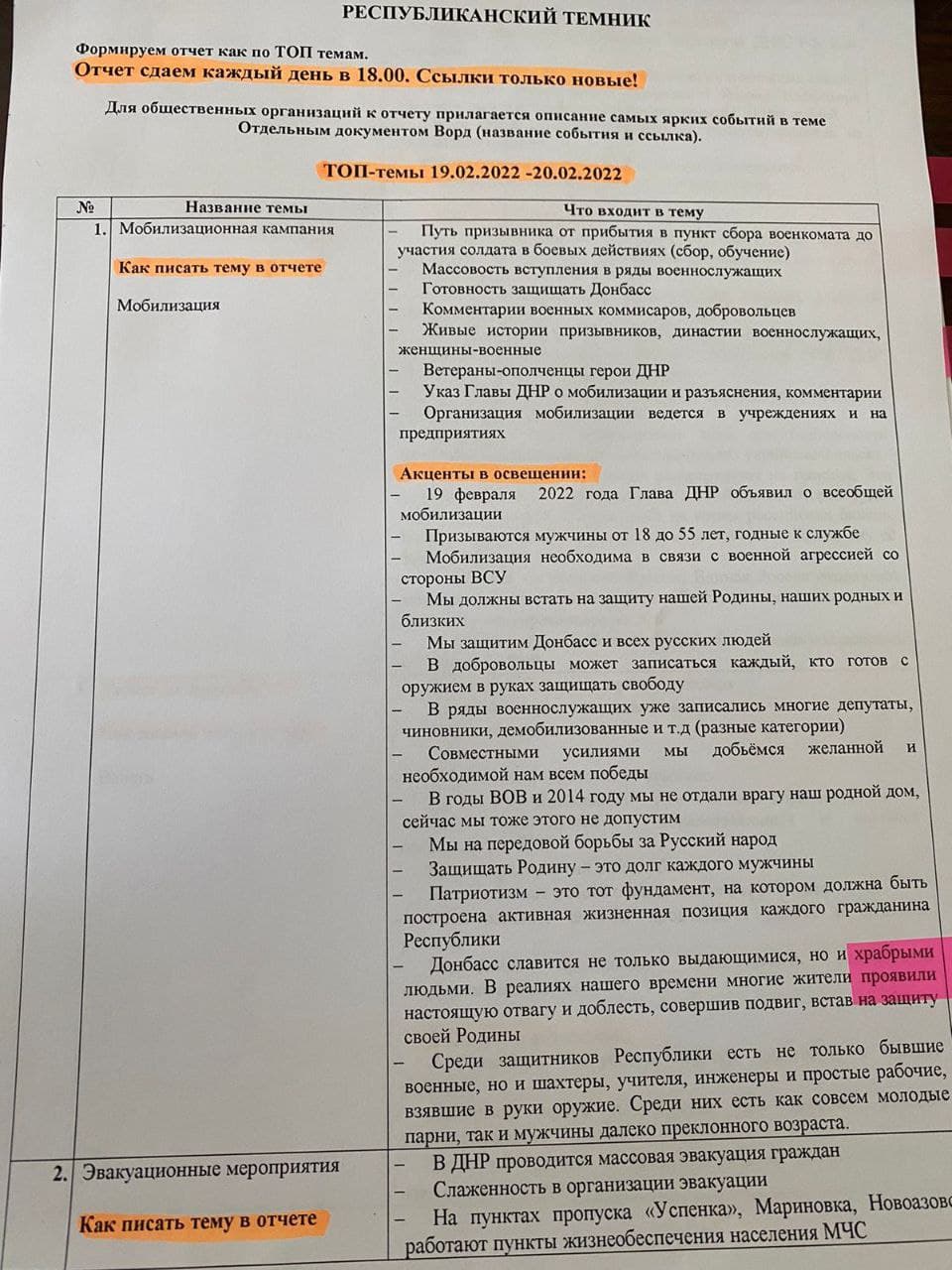 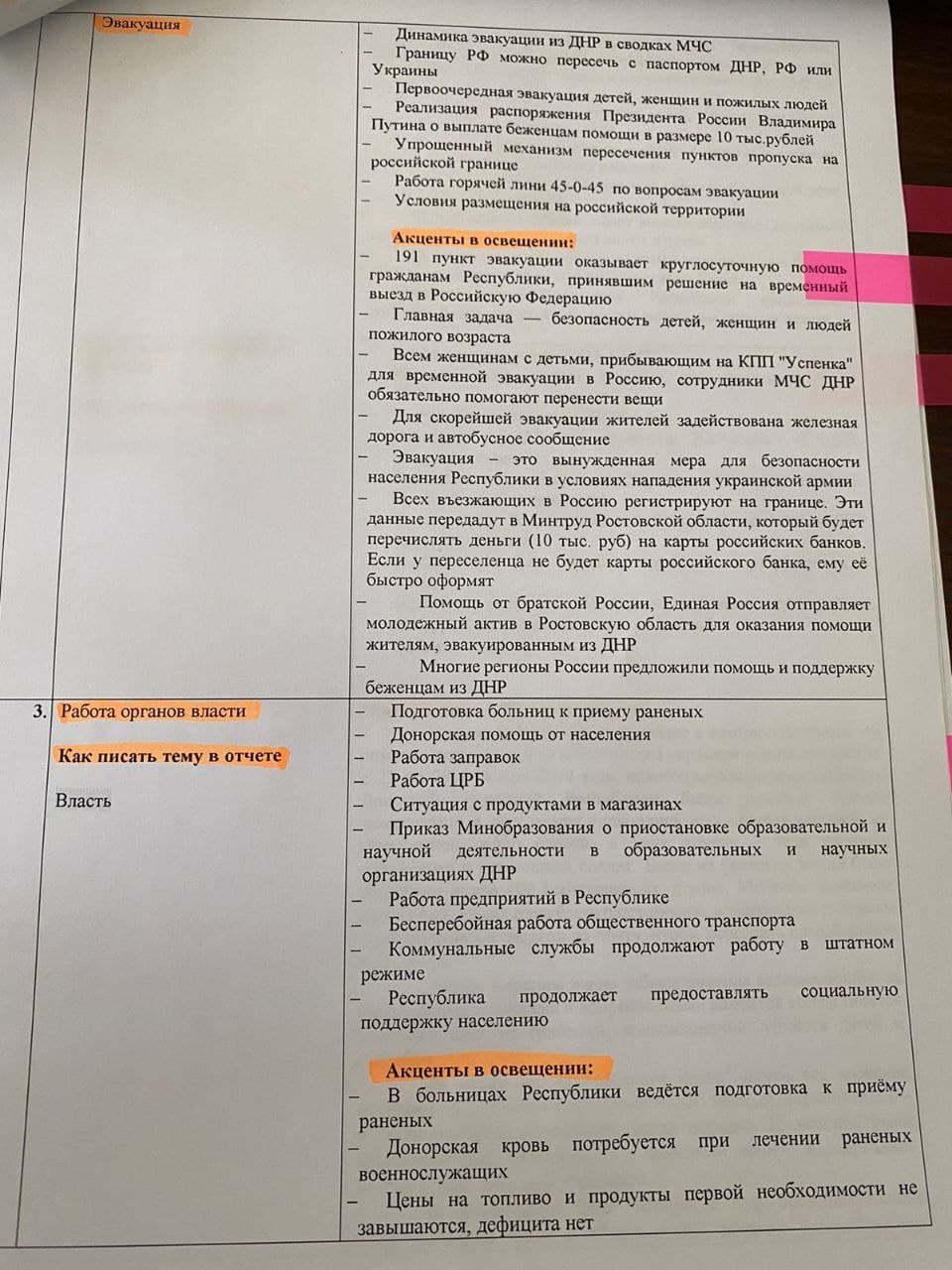 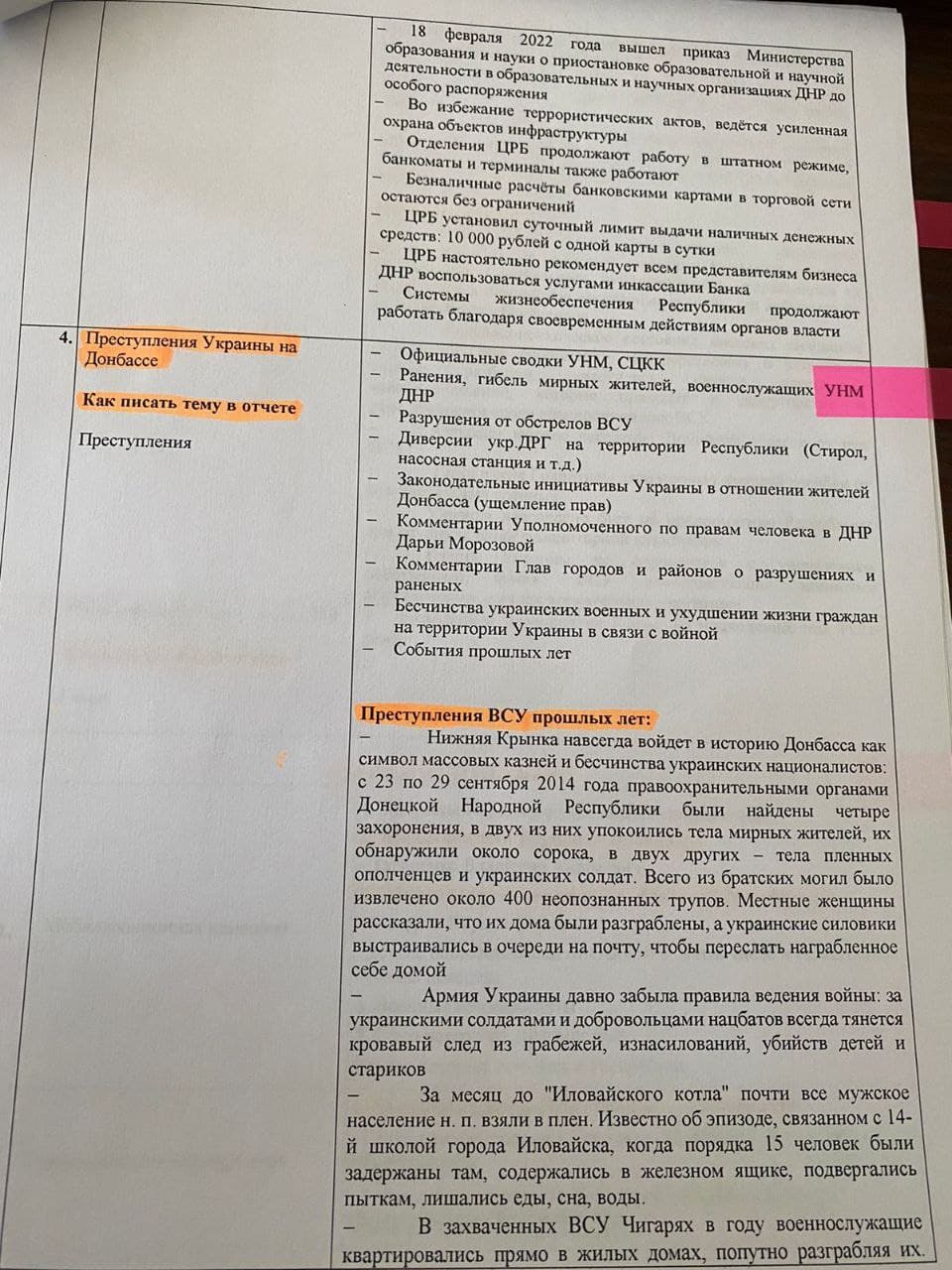 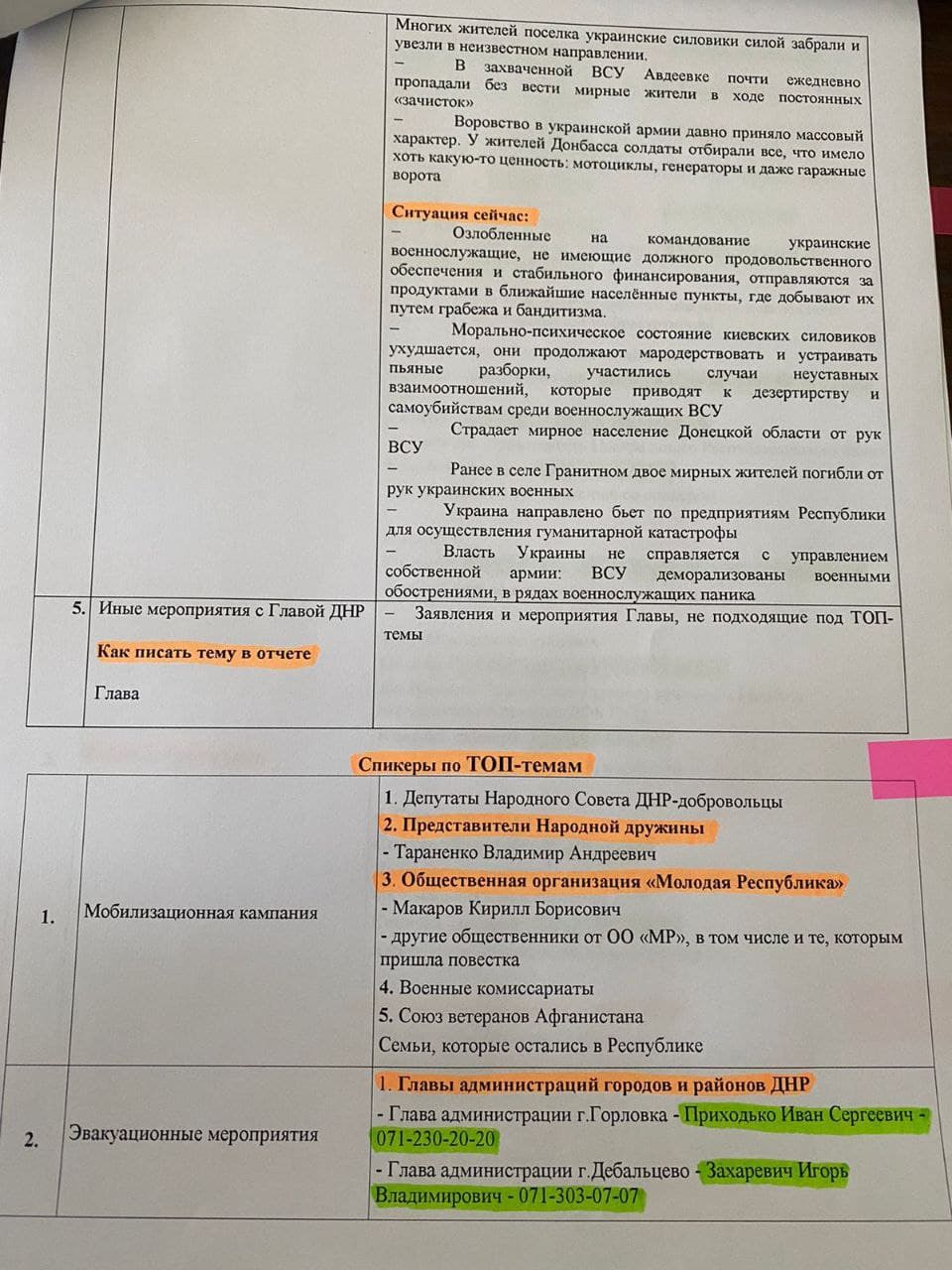 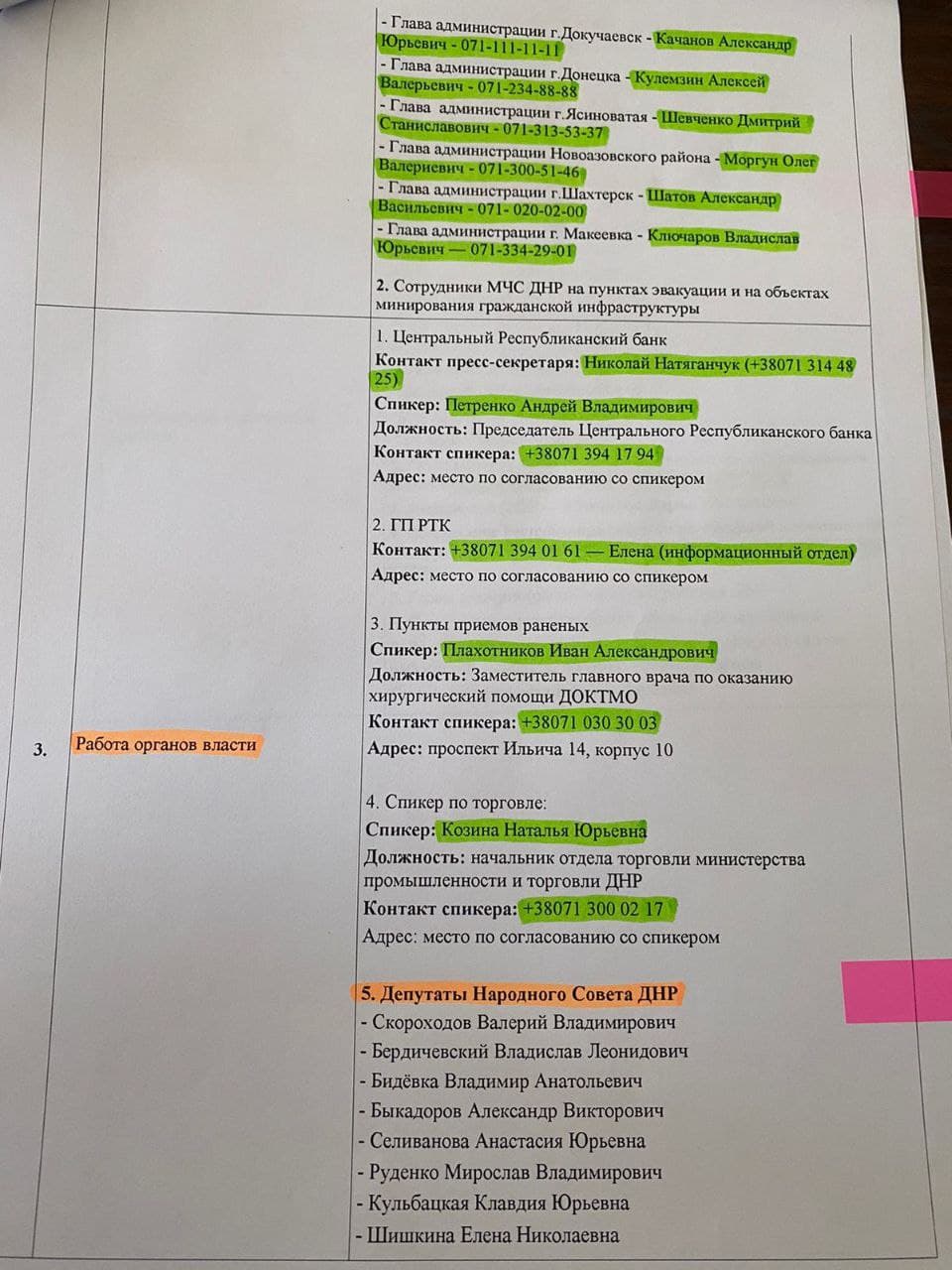 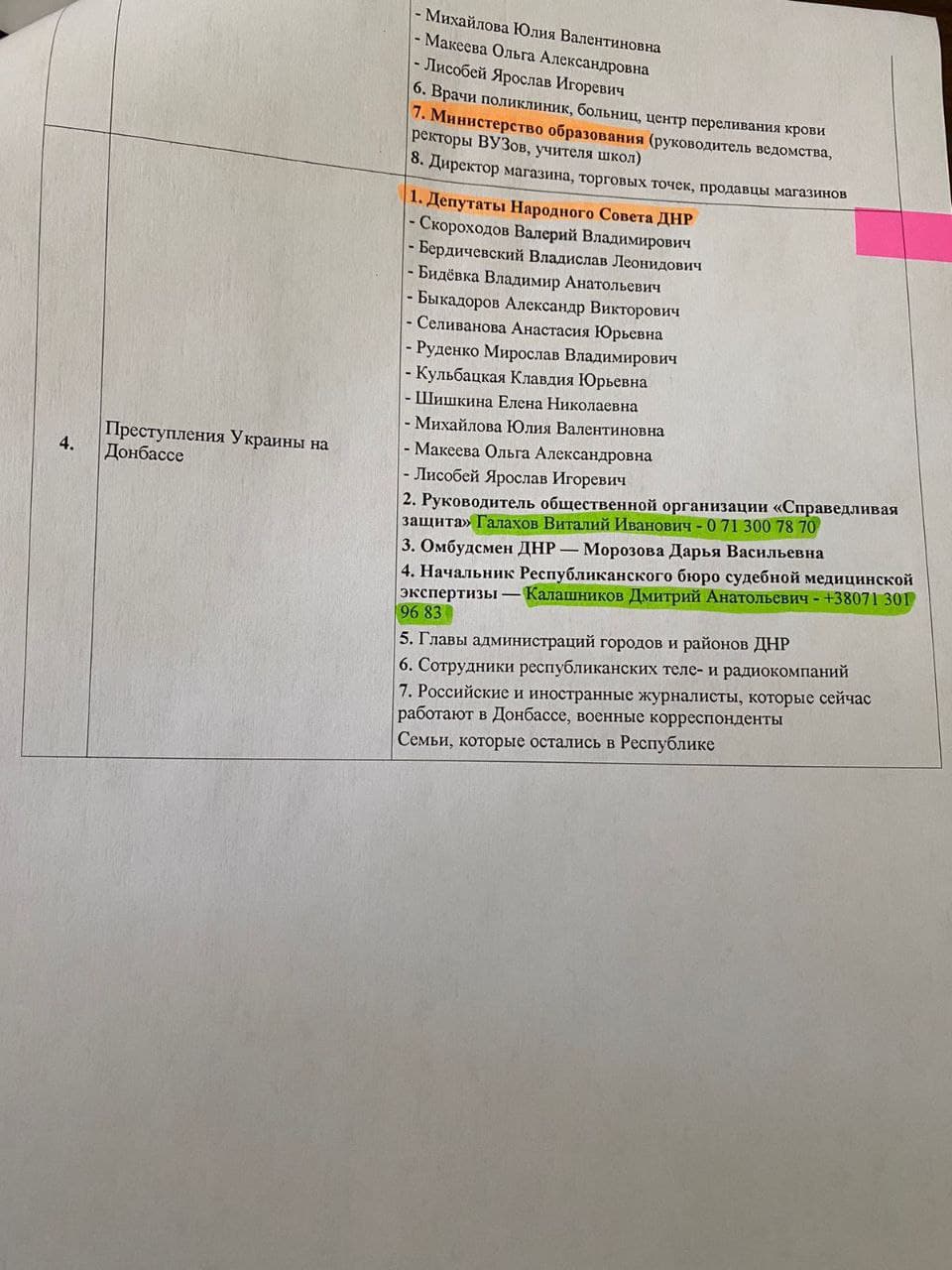