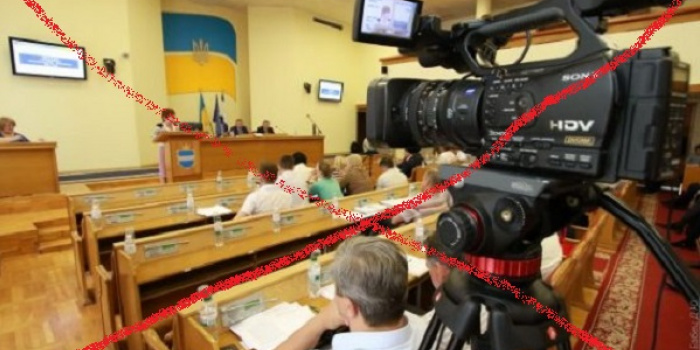 Despite protests of journalists, Mayor of Kremenchug Vitaliy Maletsky is going to hold a session of the city council in the absence of the press, in a video conference mode. He said it on April 21 at the meeting of the HQ for liquidation of the consequences of the biomedical emergency in Kremenchug, as the IMI representative in the Poltava region reported.

Vitaly Maletsky said that he was going not to let in  the journalists for security purposes.

According to him, two options are currently being considered for the venue - the stadium and the City Hall.

As IMI reported, on April 16, Kremenchuk journalists called the Mayor not to restrict access to the session of the municipal council, which is scheduled to take place on April 23 at the Oleg Babayev Kremin-Arena.

The appeal was  made in response to the Mayor’s statement, which he made on April 15, at the meeting of HQ dealing with elimination of the effects of a biomedical emergency. He had justified  it with security measures in time of lockdown.