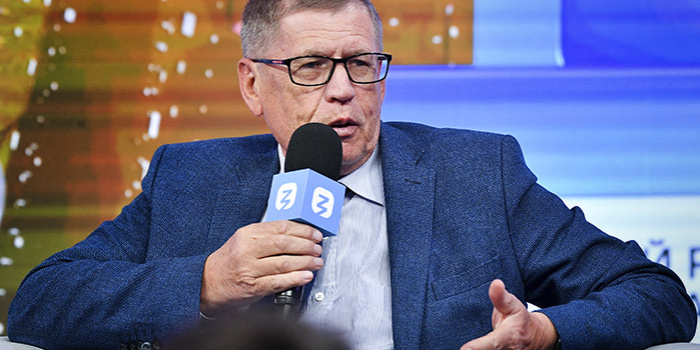 Vladimir Sungorkin, Komsomolskaya Pravda editor-in-chief, died in Russia during his business trip to Khabarovsk Krai. The newspaper's columnist Alexander Gamov told the Russian Interfax about this.

"Vladimir Nikolayevich is dead. They suspect a stroke. He was on a business trip to Khabarovsk Krai. We are now organizing the transfer of his body to Moscow," Gamov said.

The KP editorial board reported on their Telegram that the tragedy happened "during another expedition to collect material for a book about the great pioneer of the Far East, Vladimir Arseniev." Another post confirmed that the cause of Sungorkin's death was a stroke.

Vladimir Sungorkin has been the KP's editor-in-chief since 1997, and became an Honored Journalist of the Russian Federation in 2018.

As reported by IMI, in 2014, Russian President Vladimir Putin awarded Vladimir Sungorkin with an Order "For Service to the Fatherland" IV degree "for high professionalism and objectivity in covering the events in the Republic of Crimea."