Khmelnytsky Regional Council failed to provide comments to ZHAR.INFO journalist Maria Turchyna regarding the region's humanitarian needs and the Regional Council's cooperation with international partners to provide for these needs. At the same time, comments on this topic have been provided to other mass media.

The journalist reported this to IMI and provided the Regional Council's response.

Khmelnytsky Regional Council, however, in their response noted that they performed their functions under martial law and directed the journalist to their official websire for more details.

"The Regional Council closely cooperates with international partners, in particular, with the Kuyavian-Pomeranian Voivodeship (Poland) regarding material aid for the Armed Forces of Ukraine, regional medical facilities, and temporarily displaced persons. You can learn more details on the issues in question on the Regional Council's official website at: https://km-oblrada.gov.ua", reads the Khmelnytsky Regional Council's formal response, signed by the Council's Deputy Chairman Valentyn Sokolyuk.

Maria Turchyn is working on a series of reports on the work of charities and public organizations, activists and volunteers, as well as on the successes of authorities in attracting humanitarian aid to Khmelnytsky.

"I am working on a material about volunteering and humanitarian aid in the region. I sent my request simultaneously to the Military Administration and the Regional Council. The administration gave a three-page answer. They also asked several times if any additional information was needed. But the Regional Council redirected me to their official website for information. Which wouldn't have been such a problem if somewhere around this time, the Chairwoman of the Regional Council had not been making video comments on the same subject to other mass media. Namely, to the TV channel owned by her mother... Is this obstructing the work of journalists? To some extent, yes. And to some extent, this is an attempt to establish and consolidate censorship. You can say, and probably even suspect a lot here... This is not the first time such situation occurred," said Maria Turchyn. 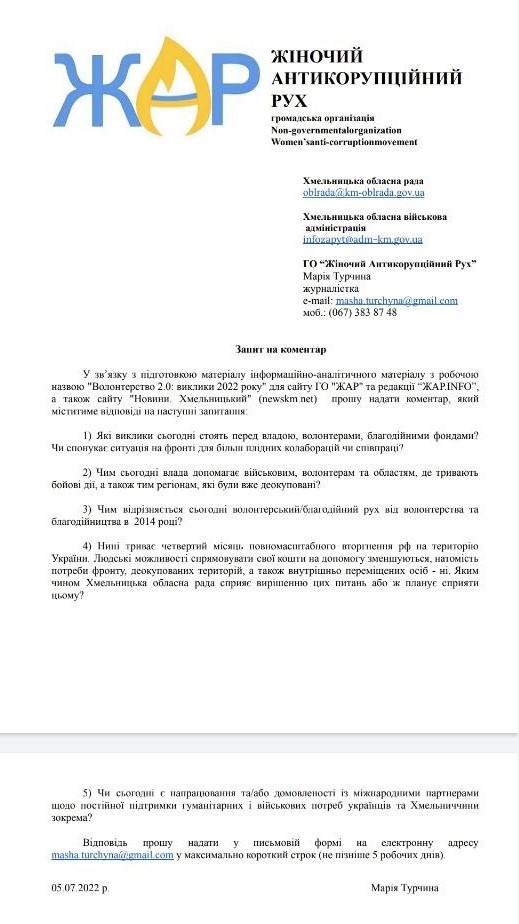 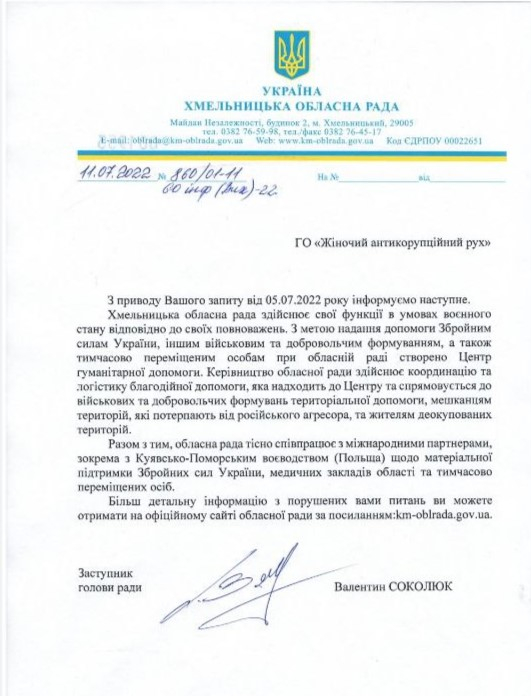 The journalist claims that this is not the first time that such a situation occurred, because even in peacetime, her team had asked for comments and received no response even in writing.

According to her, even at the beginning of the war, Khmelnytsky region and the Khmelnytsky Regional Council established several humanitarian headquarters, but they were separated from one another. That is why the requests were addressed to these authorities. 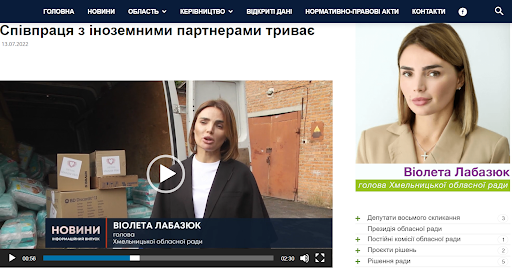 IMI lawyer Roman Holovenko noted that officials were not obligated to provide comments. However, he pointed out the selectivity in giving comments to mass media.

"Giving or not giving comments is a right, not an obligation. Receiving comments is not a mechanism for accessing information. Although the journalist sent a 'request for comment' to the Regional Council, this cannot be considered a request for information access, and such a document could also be called an 'appeal' or simply a letter. The content of the journalist's questions also shows that they allowed for a lot of subjective assessment in the response, which is not characteristic of access to information. Regarding the on-camera comments to another TV company, I would like to point out the fact that in this 'request,' the journalist was asking for a written response. Although the Regional Council's selective attitude towards different mass media, if it is so serious, is worth paying attention to by openly declaring it," said IMI lawyer Roman Holovenko.