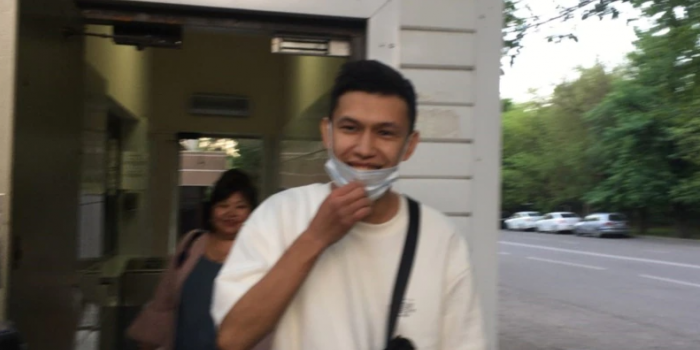 Police in Kazakhstan have detained an Instagram blogger over satirical posts he made on the social media platform as the government continues to pressure political opponents, as Radio Free Europe/Radio Liberty reported.

Police searched the home of Temirlan Ensebek in Almaty on May 15 and seized his equipment, his wife told RFE/RL.

Yensebek is a member of Oyan, Qazaqstan (Wake Up, Kazakhstan!), a group that supports political reform in the authoritarian Central Asian nation.

A few supporters of the blogger protested outside the police station where he was being questioned.

His wife said she did not know which post could have caused the police investigation. All posts on his Qaznews24 Instagram page have been deleted.

Some of Ensebek's satirical posts poking fun at the nation’s authoritarian system were widely discussed on social media.

In one of his posts, he joked that Muslim leaders in Kazakhstan had proposed giving former President Nursultan Nazarbaev that status of a god and recommended incorporating that into the constitution.

Kazakhstan changed the name of its capital to Nur-Sultan in 2019 to honor Nazarbaev, who ruled with an iron fist from the nation’s independence in 1991 until 2019.

He continues to wield considerable influence as chairman of the Security Council.

In another post, Ensebek said the Interior Ministry was preparing a law that would limit the right of Kazakh citizens to travel abroad to just one time a year.

Under President Qasym-Zhomart Toqaev, who was handpicked by Nazarbaev, Kazakhstan continues to clamp down on freedom of speech and harass opposition members.

Police last year detained dozens of journalists and bloggers and launched criminal cases for alleged crimes such as spreading false information and inciting the public, according to Adilsoz, a local media watchdog.