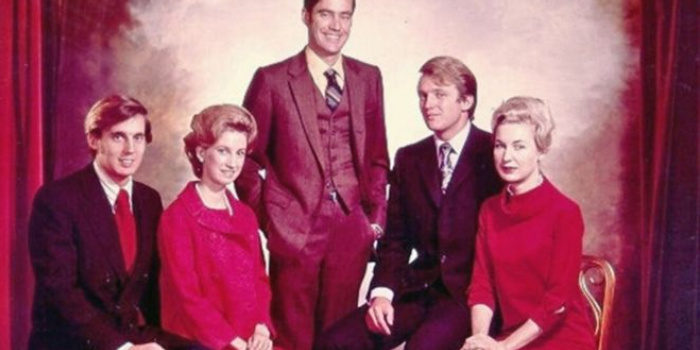 A New York judge has temporarily blocked President Donald Trump's niece from publishing a damning tell-all memoir about the US first family, as BBC reported.

Mary Trump's upcoming book, Too Much and Never Enough, How My Family Created the World's Most Dangerous Man, is due to be published on 28 July.

But on Tuesday a judge granted a restraining order to Ms Trump's uncle, the president's brother, Robert.

Lawyers for Ms Trump say they will immediately appeal against the ruling.

"The trial court's temporary restraining order is only temporary but it still is a prior restraint on core political speech that flatly violates the First Amendment," said her lawyer, Ted Boutrous.

"This book, which addresses matters of great public concern and importance about a sitting president in an election year, should not be supressed even for one day," he continued.

The book is being published by Simon & Schuster and has already reached fourth place on Amazon's best-seller list ahead of its release.

A hearing is scheduled in New York's Dutchess County for 10 July.

Ms Trump, 55, is the daughter of President Trump's elder brother, Fred Trump Jr, who died in 1981.

The book claims to reveal "a nightmare of traumas, destructive relationships, and a tragic combination of neglect and abuse".

"We look forward to vigorously litigating this case and will seek the maximum remedies available by law for the enormous damages caused by Mary Trump's breach of contract and Simon & Schuster's intentional interference with that contract," Mr Harder said.

"Short of corrective action to immediately cease their egregious conduct, we will pursue this case to the very end."

Earlier this month, President Trump said that his niece was violating her non-disclosure agreement (NDA) by writing a book.

"She's not allowed to write a book," he told Axios, referring to a 20-year legal document she reportedly signed following a dispute over her father's estate after his death in 2001.

Mr Trump called the NDA a "very powerful one" that "covers everything".

What does the book say?

The book was scheduled to hit shelves only weeks before the Republican National Convention, where Mr Trump will accept his party's nomination to seek a second term.

The memoir will reportedly reveal how Ms Trump supplied the New York Times with confidential documents to print a sprawling investigation into Mr Trump's personal finances.

The Pulitzer Prize-winning exclusive alleged the president had been involved in "fraudulent" tax schemes and received more than $400m (£316m) in today's money from his father's real estate empire.

A lawyer for the president and the White House denied the allegations of fraud and tax evasion made against Mr Trump.

An Amazon blurb for Ms Trump's book says the author will set out how her uncle "became the man who now threatens the world's health, economic security and social fabric".

This is the second book by publisher Simon & Schuster that Mr Trump and his associates are seeking to block.

Earlier this month, the US justice department was denied an injunction to block a memoir by John Bolton, President Trump's former National Security Adviser.

The Room Where It Happened is due to go on sale later this month. One of the book's claims is that Mr Trump "pleaded" with the Chinese president to help him win the November 2020 election.