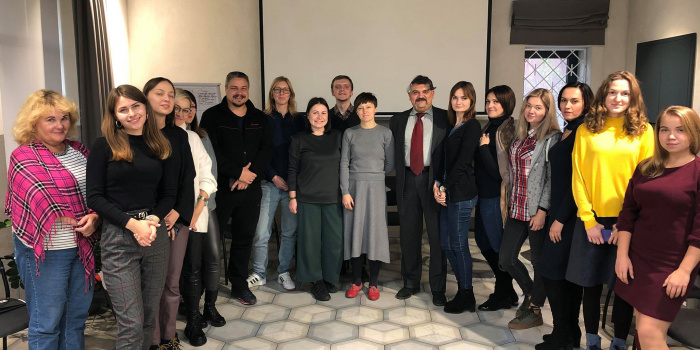 On October 31st, "Security Day for Journalists" was held in Dnipro. The IMI experts conducted a training which consisted of two practical parts: risk assessment and planning and legal self-defense of journalists.

In the first part, Iryna Zemlyana, security expert with IMI, spoke about risk assessment and planning. Then Iriya and the participants went over a case of planning and risk identification. 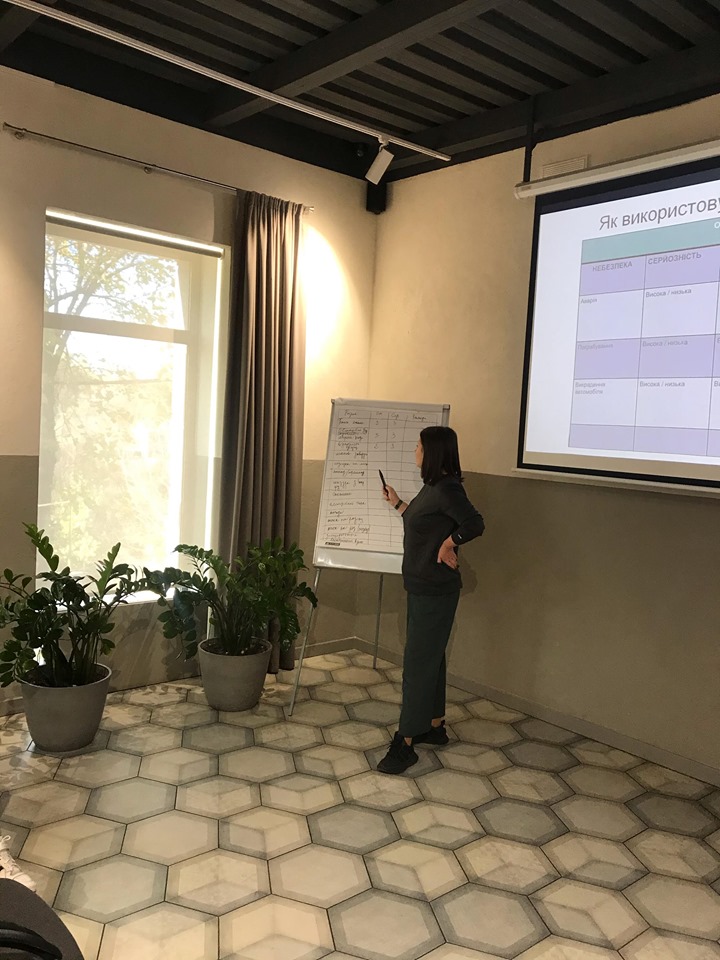 “We see that Ukrainian journalists perceive their security as a very clear threat that can significantly harm their lives and health. This is not the right approach, because media professionals always face risks and dangers always. That is why we need to take a responsible approach to our personal safety, to identify eventual risks, to understand the limits of tolerable risk and to learn how to counter the dangers and to prepare measures to minimize them , ” Iryna Zemlyana said. 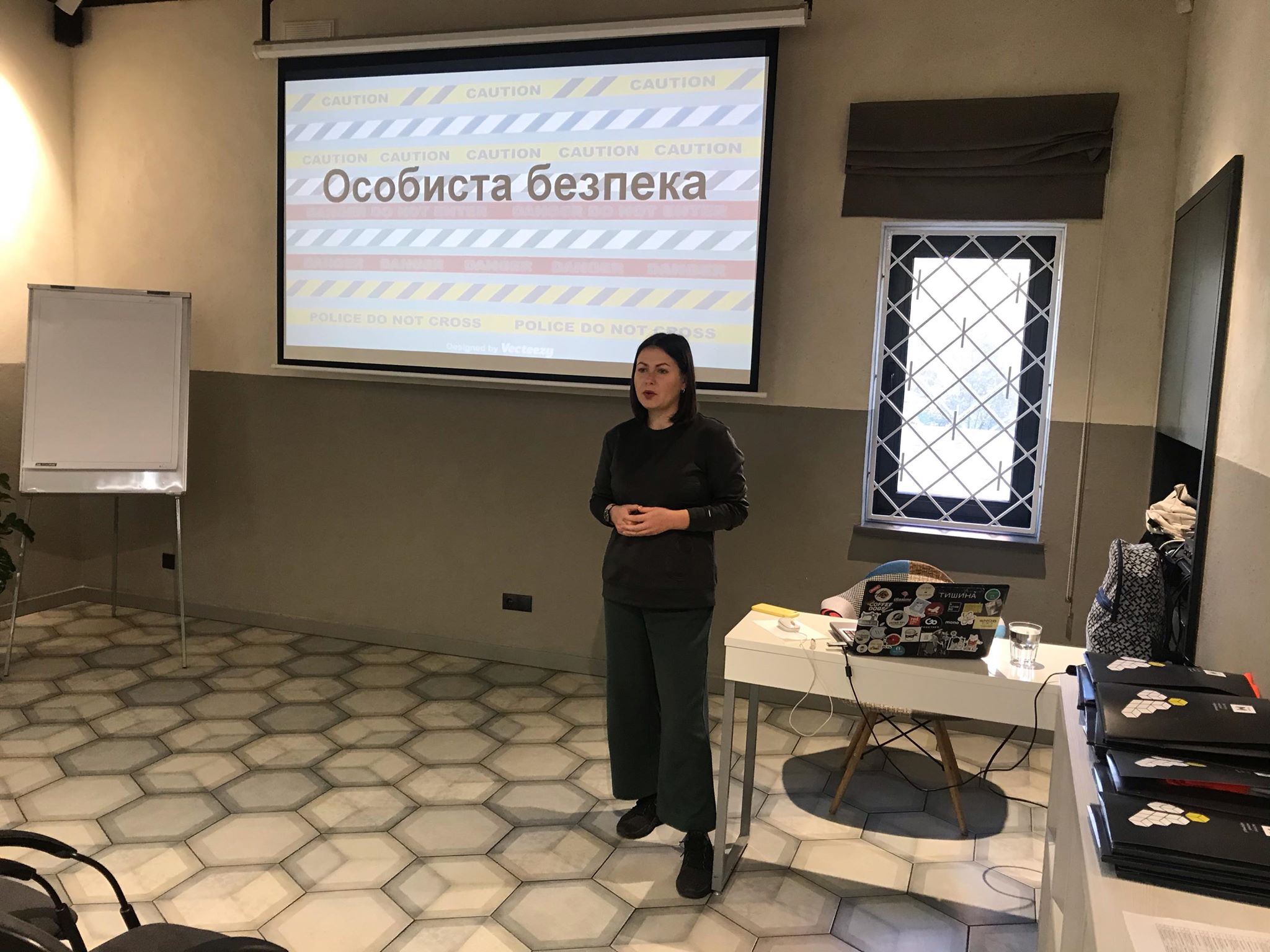 The second part of the lecture was devoted to the legal protection of journalists. Ali Safarov, IMI lawyer, provided the media with clear steps to take if someone violates the rights of journalists while they perform their professional duties. 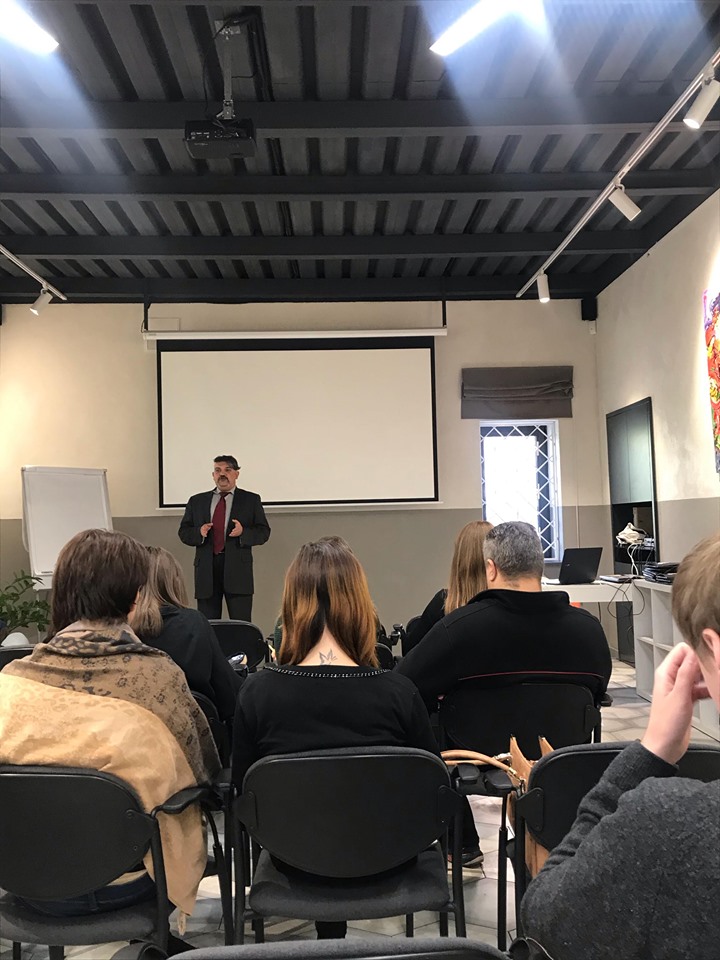 First of all, as Ali Safarov told, it is necessary to check that the complaint had the so-called articles of offenses of journalists. The lawyer stressed that it was important that the police registered the complaint not as just an ordinary complaint of a citizen.

“After you filed a complaint, it is important that you request the number in the Unified register. If there is an complaint of a crime, then, the law enforcement bodies must react in compliance with the rules of the criminal procedure code, ”Ali Safarov stressed. In case if the law enforcement officers somehow ignore your appeals, the lawyer advises to file a complaint with the public prosecutor's office about the inactivity of the police.

You can find out how to write correctly a complaint on the IMI website.

The lawyer also stresses the importance of fixing the offense by the National Police.

“In order that next time, the malefactors think whether it is worth of it to mess with the journalists. Because, this entails a criminal proceeding, ” as the lawyer said.

The journalists shared their experience, speaking of the situations, when children have been filmed or when the person who had been filmed changed her/his mind and demanded to that journalists withdraw them from video or photo material.

The third part of the “safety day” was about the challenges and trends in the Dnipro media landscape. 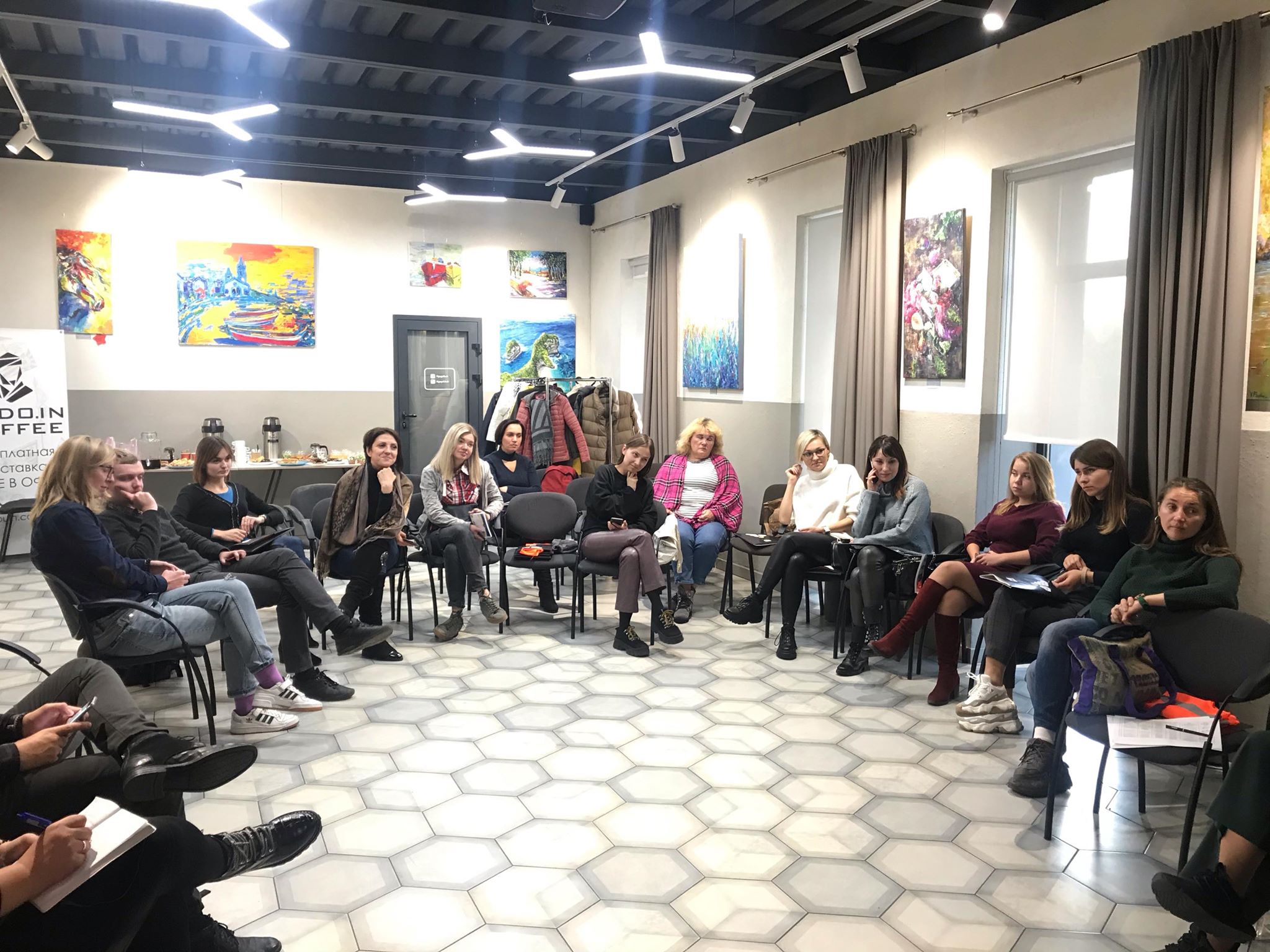 Kateryna Dyachuk noted that since beginning of the year, the Dnipropetrovsk region is ranked at third position by the number of offenses committed against the journalists. She also described what kind of aggression the journalists were most frequently facing in the region.

“Most often, these are threats, obstruction to work, damage to property of journalists. Another tendency is the restriction of access to public information, including the "war" with Mayor Filatov. Facts proved that this issue is not resolved yet, ” Kateryna Dyachuk said.

She also noted that fake news media and fake news journalists are one of the problems while fixing offenses in the Freedom of Speech Barometer. As the IMI monitoring department needs to check thoroughly whether the person who claims that his / her rights have been obstructed is really journalist or not.

Yana Mashkova, media analyst, spoke about the typical content of regional mass media and why there is so much crime news in the media in the region.

At the end, the IMI experts and the Dnieper media representatives spoke about censorship, self-regulation, fake news and promotion of content on social networks. 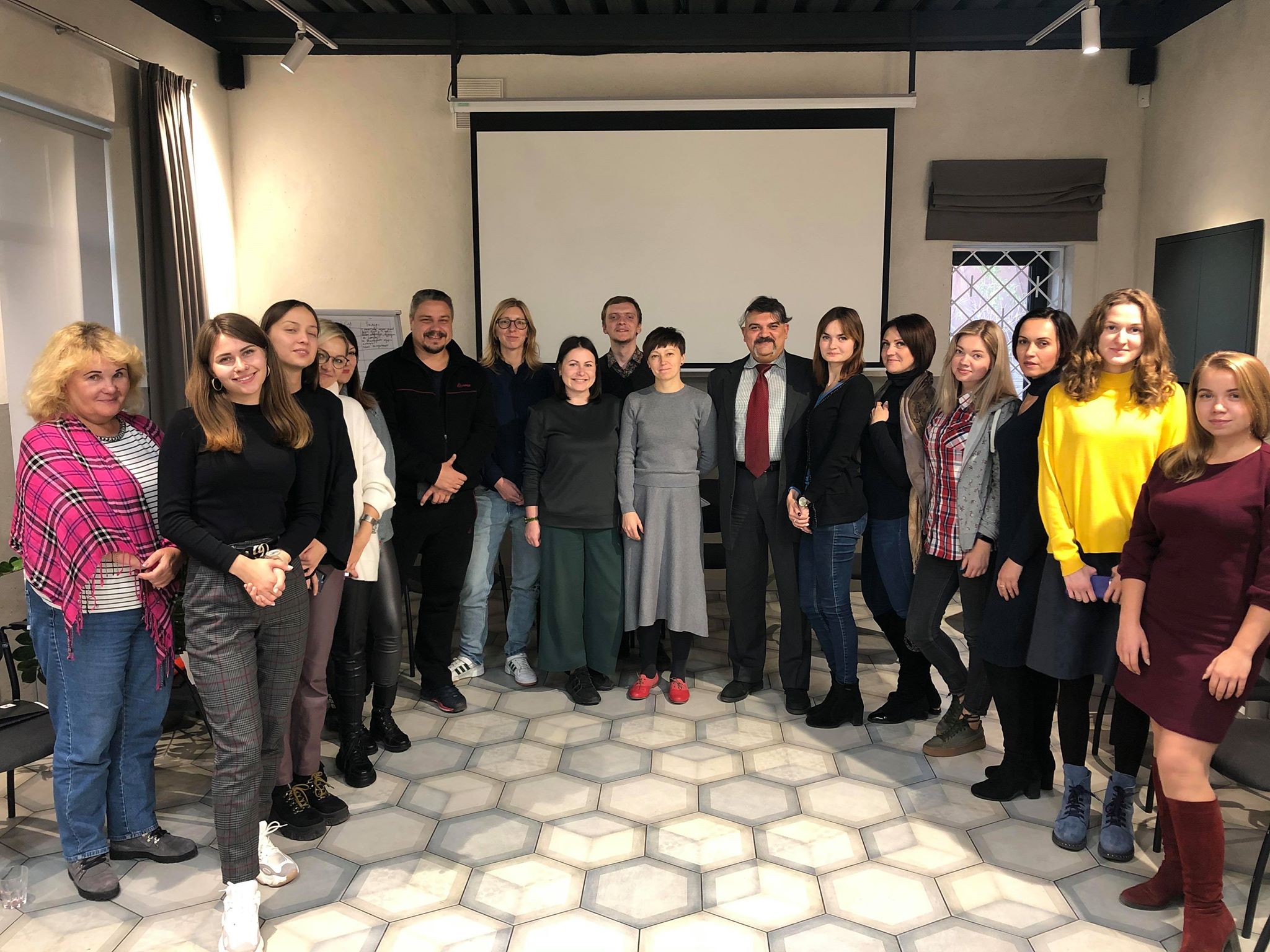 Dnipro is the second city where IMI held the Journalists' Safety Day, after Lutsk. By the end of the year, similar events are planned in two other cities.