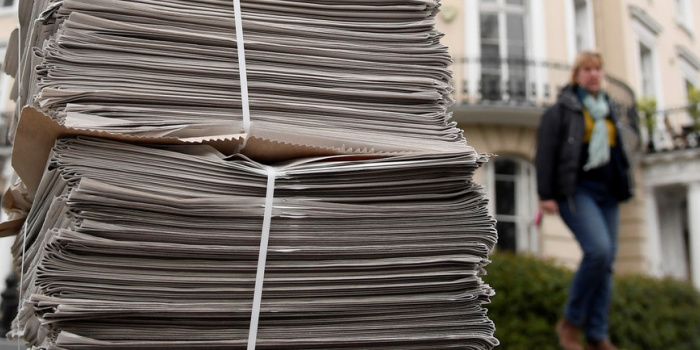 Olha Syra, editor of the Odesa media outlet "Chornomorsky Novyny," accused the Regional Council's local commission of disrupting the delivery of almost all regional and district newspapers to subscribers. The journalist wrote about this on her Facebook page

"The Regional Council's commission, which is trying to 'bring order' to the regional communal enterprise 'Chornomorya Publishing House,' found out that the agreements with the editors include a clause stating that 'providing printing services for each separate print run is formalized in an Act of provision of services...' Since the publishing house did not provide such acts to the editors, the commission decided to punish... the editors and our subscribers: it simply blocked the issuance of already printed newspapers and, accordingly, their delivery to Ukrposhta's newspaper hub," said Olha Syra.

In the Regional Council, the IMI representative in Odesa region was informed that they considered their actions legal, since the commission had discovered a violation of the legal requirements and the procedure for the implementation and conclusion of contracts on service provision.

"The members of the working group identified these violations, stopped them, and made sure they are prevented in the communal enterprise's further work by requiring that all parties comply with the legislation, since the audit of the enterprise 'Chornomorya Publishing House' was carried out in accordance with the current legislation's requirements and within the Regional Council's mandate", the Regional Council said.

As Olha Syra notes, the newspapers printed yesterday were supposed to be delivered to subscribers today, but they are still in the publishing house.

"Given the postmen's work schedule (which underwent significant changes during the war, and correspondence is not delivered every day), today's newspapers will reach their readers next week at best," the journalist believes. "There was already a time when a significant part of Odesa periodicals was being printed in Vinnytsia and Kherson, because the prices for services are lower there. But recently, especially with regards to the martial law, it was moved back here to 'Chernomorya.' And there you go! Instead of taking care of the region's information space, making sure that people do not look for news on russian, Transnistrian, Bulgarian, etc. resources (which is very common in our region), the authorities stab the press, which is already on its last legs, in the back. Because of one 'paper,' thousands of subscribers of the front-line Odesa region were left without newspapers."

In her comment to the IMI representative, Olha Syra said that she believes that this situation occurred due to the Regional Council's failure to understand the circumstances, ignoring newspapermen's appeals (official and unofficial) regarding the problems of the local press. "It's not even pressure, but stupidity (excuse me). By demanding the fulfillment of one 'paper' clause of the contract between the editorial offices and the publishing house, two contracts got violated – the one I already mentioned, between the editorial offices and the publishing house, as well as between the editorial offices and Ukrposhta regarding the time of the newspapers' delivery to the hub and subsequently to subscribers. The situation seems to be taking on a constructive shape (as of the evening of July 21. – Ed.). So, to be continued," said Olha Syra.