Journalists for Radio Liberty detained during protests in Belarus 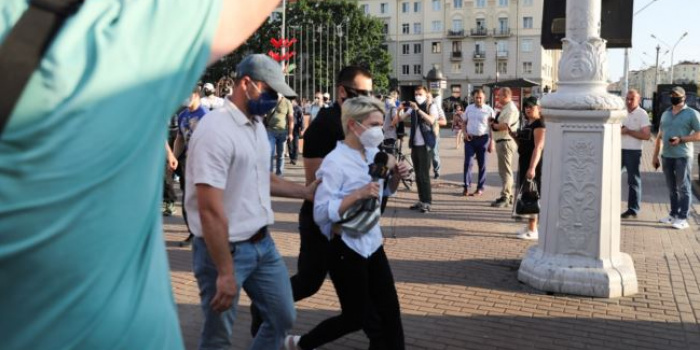 The journalists were later set free.

As IMI reported, on June 18, a court in the city of Grodno (Belarus) fined journalists of the independent Belsat TV channel Dmytro Mickiewicz and Serhiy Kovalyov, who had been detained for event-streaming the picket in support of Oleksandr Lukashenko.