Journalists feel the most stress from worrying about their families, finances, and the future – IMI survey

86% of journalists feel an increase in stress due to the fact that they have to worry more about family, finances, and the future in general.

According to IMI's survey, 57% of the interviewed journalists reported that now they have to constantly worry about their own safety and the safety of their relatives.

30% of the journalists noted that it is difficult for them to plan their days and stick to those plans, and 21% are experiencing increased stress due to having to resettle amidst the war**. 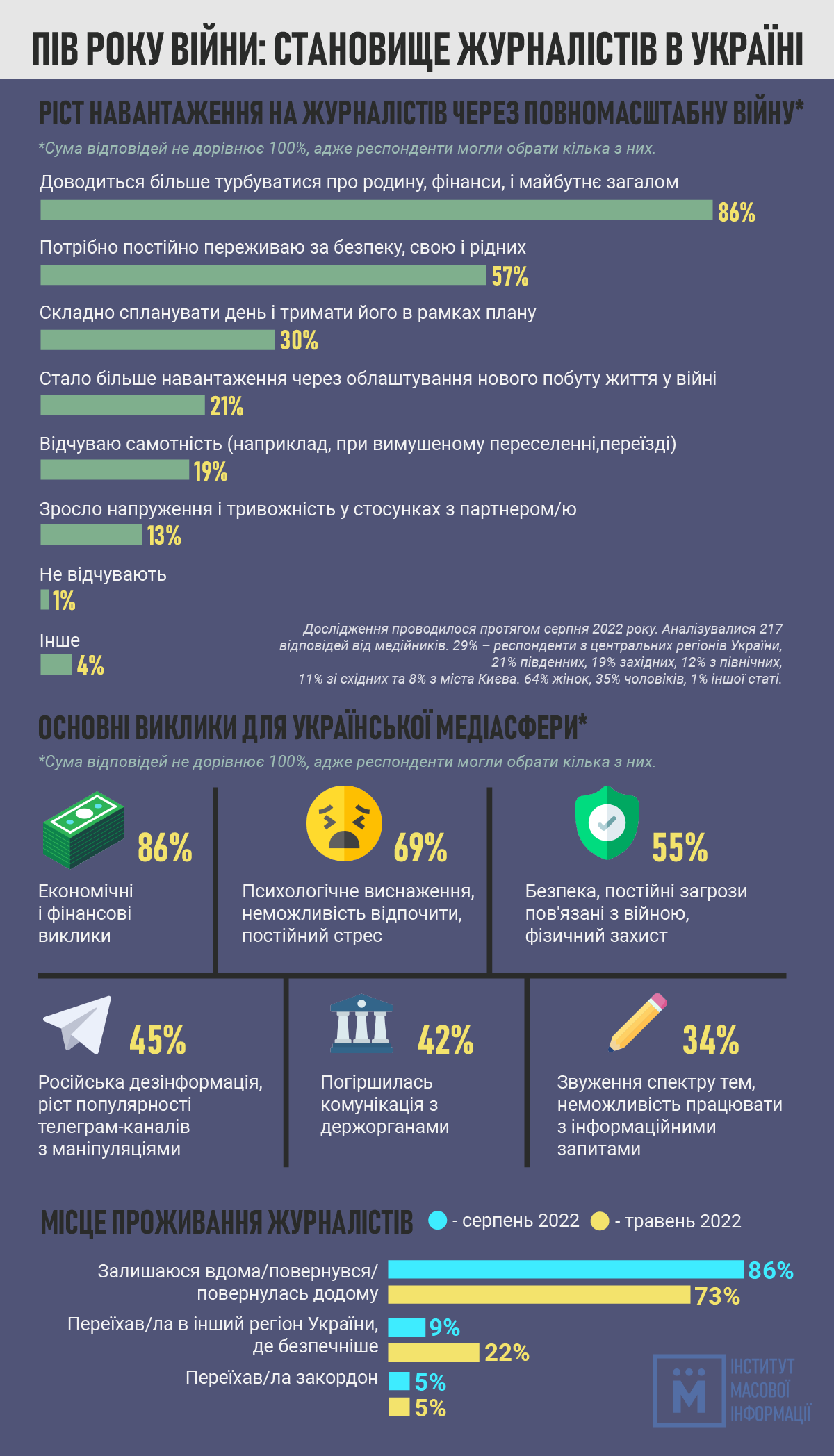 **The sum of the answers does not equal 100%, as the respondents could choose multiple answers.