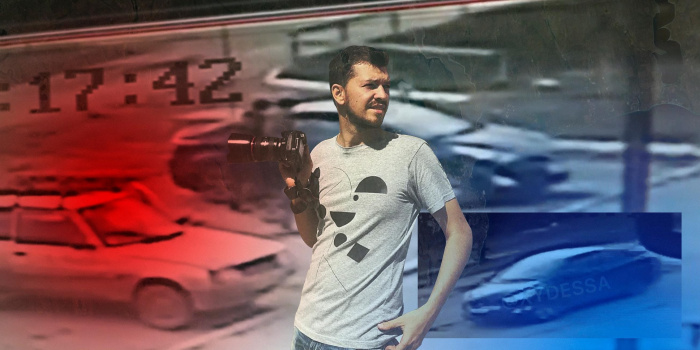 Journalists, photographers, cameramen, culture figures and reporters have demanded an honest and impartial investigation into the fatal road accident occurred in March involving well-known photographer Yevhen Nikiforov, who is charged with actions that caused death of a person.

The open letter was sent to the Minister of Internal Affairs, the Prosecutor General, the Committee on Freedom of Speech of the Verkhovna Rada and the Minister of Culture and Information Policy of Ukraine, as LB.ua reported.

The signatories of the appeal also asked to investigate the actions of the police of Odessa region, whose staff failed to pay attention to the conflict that preceded the death of citizen Igor Buzduzha, and to waive the baseless indictment of Yevhen Nikiforov.

"We also ask to prevent any politicization of this case and an unfair accusation," the open letter read.

The authors of the appeal reminded that Yevhen Nikiforov was charged with committing an accident that led to death of that person. On March 14, in the village of Vasylivka, Bilyaiv district, Odessa region, a man named Ihor Buzduzha opened the door of the photographer's car and probably tried to get inside, but the driver drove forward. Buzduzha ran a hundred meters, fell and died of injuries. Nikiforov and his brother say that Buzduzha threatened them and tried to seize the equipment, and his friend even hit the photographer, so they fled. A friend of the victim, Oleksandуr Soborov, told reporters that they only wanted to watch a video of the drone. Nikiforov had filmed on video the house the victim had entered to.

The same day, the police officers in the Odessa region told Nikiforov he was charged with an road accident, and a man who tried to get into his car, died.

“At the same time, the police did not have enough evidence and real grounds for detention, in fact it was illegal, which Nikiforov's lawyer repeatedly drew attention to. Nikiforov is charged with the part 2 of Article 286 of the Criminal Code of Ukraine (violation of traffic safety rules resulting in grave bodily harm- n/tr). However, in the text of the suspicion note the investigator did not mention either the conflict or the fact that the man committed a robbery and threatened the brothers Nikiforov with violence. Also in the medical report on the death of Igor Buzduzha it is written that the cause of death was "numerous head injuries" and there is a postscript that "a pedestrian got injured in a collision with a car." However, it is unclear how exactly the doctor established it, the impression is that he was told to write it on purpose, ”the open letter read.

For his part, on March 15, Yevhen Nikiforov appealed to the Belgorod-Dniester police in Odessa region to open criminal proceedings for a robbery of camera. However, the police entered the complaint to the unified register of pre-trial  ERDR only two weeks after the сomplaint was filed, following a lawyer's complaint and a court decision. As of April 7, the case had no progress.

“Yevhen Nikiforov is not guilty that two intoxicated citizens behaved aggressively, tried to seize camera equipment, obstructed his professional activity (Article 171 of the Criminal Code of Ukraine) and got into his car. They could not but understand the consequences of such behavior, which can not be regarded as an attack. The fact that they were drunk should be an aggravating circumstance for law enforcement agencies and the court, and not an excuse, as the prosecution is trying to present, ”the appeal read.

It is reported that due to appeal by the prosecution in the Odessa Court of Appeal on April 5, Nikiforov was remanded in custody: from a night house arrest to a 24-hour house arrest.

Yevhen Nikiforov is an Ukrainian photographer, artist, director, member of the Ukrainian Association of Professional Photographers. Author of the book Decommunized: Ukrainian Soviet Mosaics; architectural guide to Ukrainian mosaics, published by the German publisher DOM Publishers in 2020, a participant in about 40 national and international exhibitions, a participant in the project Discover Ukraine Bit by Bit in Vienna, organized by the Ukrainian Institute for Cultural Diplomacy in the EU. He collected an unprecedented photo archive of monumental art throughout the country and made a great contribution to the preservation of Ukrainian culture and its representation abroad.

As IMI reported, on April 5, the Odessa Court of Appeal placed under house arrest Kyiv photographer Yevhen Nikiforov, who is suspected of committing a fatal accident and leaving the scene without providing assistance to the victim Igor Buzduzha.

On March 17, the Kyiv District Court of Odessa decided to place under night house arrest photographer Yevhen Nikiforov, who is suspected of committing an accident on March 14 in the village of Vasylivka, as a result of which a person died.

Militiamen qualified the case under Part 2 of Art. 286 of the Criminal code of Ukraine ("Violation of rules of safety of road traffic or operation of transport by the persons driving vehicles").

On March 14, photographer Yevhen Nikiforov, who works with “Zaborona”, was threatened, he was suffered an attempt of robbery and beating in the village of Vasylivka, in Odessa region.