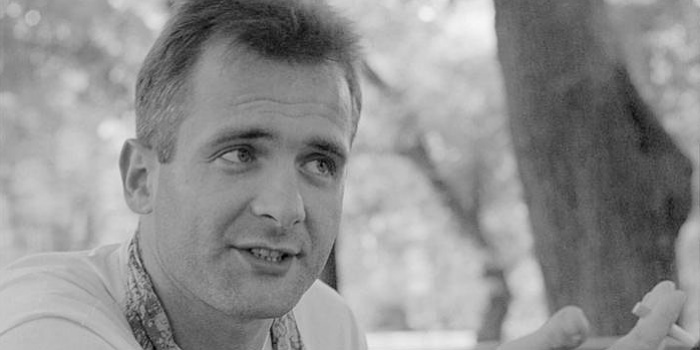 "We, journalists and human rights activists, appeal to the newly elected Ukraine authority to achieve the investigation into the murder of Georgy Gongadze, to find and prosecute instigators who remain above the law and moral for all these years," the statement said.

Following is the full statement:

19 years ago, the journalist Georgy Gongadze was abducted and murdered in Ukraine. Although the investigation, which lasted for several years, has identified and condemned the perpetrators of the murder, the issue of finding its instigators was cynically ignored by the law enforcement bodies and authorities, despite calls from civil society.

We, journalists and human rights activists, appeal to the newly elected Ukraine authorities to investigate into the murder of Georgy Gongadze, to find and prosecute instigators who have remained above the law and over moral for all these years.

You will recall that in the eyes of the world community, the Gongadze case has become a measure of (failure to un-) quality of Ukrainian justice. Investigation into the cases of the murdered journalists clearly shows whether state institutions are able to put an end to impunity and to guarantee safe journalistic activity, whether the authorities has an adequate political will.

We appeal to the law enforcement superiors and demand to probe with highest quality and promptly into the most sensitive cases for society - the murders of Georgy Gongadze and Pavel Sheremet.

We demand a public report from the authorities to be made on the progress of these investigations and we expect its completion and punishment of those responsible as soon as possible.

We are concerned about the tendency to keep silence over Leonid Kuchma's involvement in the Gongadze murder, the efforts of politicians and some media associated with the president’s family to whiten his image. We demand that his true role in the events preceding the abduction and murder of George to be clarified, despite all considerations of political expediency.

We urge the authorities to systematically take all measures necessary to fully and promptly investigate violations of freedom of speech, to protect the right of citizens to information, and we call to protect activity of the journalists.

Journalist Georgy Gongadze went missing on September 16, 2000. In November of the same year, his body was found in one of the forests of the Kyiv region. In 2009, in the Kiev region they found the skull remains, which, according to the examination, belonged to the journalist. On March 22, 2016, Gongadze was buried in Kiev.

In 2008, the court convicted three Interior Ministry officials: Valery Kostenko and Oleksander Popovych for murder of Georgiy Gongadze and sentenced Kostenko and Popovych to 12 years in prison and Mykola Protasov they did to 13. In 2015, Protasov died in the penitentiary facility. In 2013, Oleksiy Pukach, head of chief of the outdoor surveillance department at the Ministry of Internal Affairs, who had been detained in 2009, was sentenced to life imprisonment for Gongadze's murder.

The journalist Pavel Sheremet was killed on July 20, 2016 in Kyiv in a car blast that belonged to the co-founder of the Ukrainian Pravda web-based edition, his common-law wife Olena Prytula. The Prosecutor General's Office reported that the investigation is considering four versions of Sheremet's murder: professional activity, personal enmity, provocation aiming to destabilize the situation in Ukraine, murder by mistake (killers would target Olena Prytula). On July 20, 2018, National Police Deputy Chief Vyacheslav Abroskin said that "a person who may be involved in Sheremet's murder has been established, but not identified."

Center for Democracy and Rule of Law (CEDEM)