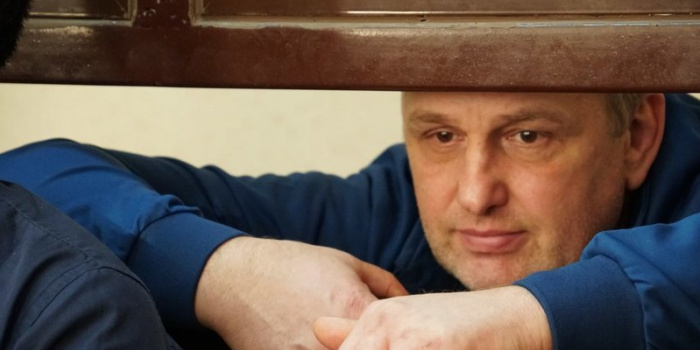 The award ceremony will be held on May 23 in the American Museum of National History in Manhattan, PEN Ukraine writes.

Vladyslav's wife Kateryna Yesypenko will accept the award on his behalf.

"In the days before Yesypenko's detention he had been out in the streets of occupied Crimea, filming a report on how the occupation has changed the life on the peninsula. He had been working on different topics: covering the price rise, the confiscation of private property, the life of Crimean Tatars, as well as the ecological crisis that Russia has brought to Crimea after 2014," PEN Ukraine stated.

PEN America's Barbey Freedom to Write Award was founded in 1987. It is given to authors and artists who have been imprisoned for their work. In 2017, one of the laureates was Ukrainian filmmaker Oleh Sentsov. He was released out of russian prison two years after he received the award.

Several Ukrainian human rights and media organizations have condemned the imprisonment of Krym.Realii journalist Vladyslav Yesypenko in the temporarily occupied Crimea and demand that rf's government releases him immediately.

On February 15, the prosecutors in the occupied Crimea demanded 11 years of imprisonment for the journalist for alleged illegal storage and transportation of an explosive device.

On July 15, 2021, in the russian-controlled Simferopol District Court, the russian prosecutor issued an indictment in the case of Vladislav Yesypenko. He was charged under Articles 223-1 (illegal manufacture of explosives, processing or repair of explosive devices) and 222.1 (illegal acquisition, transfer, sale, storage, transportation or carrying of weapons, their main parts, ammunition) of the Criminal Code of Russia.