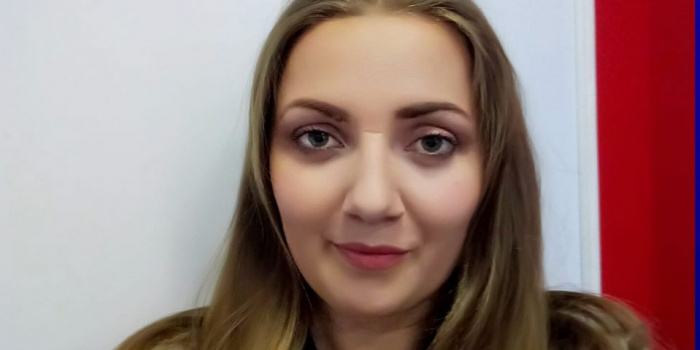 In Kiev, on February 15, an unidentified man attacked journalist for The 24th Channel Anna Kalyuzhna, as the website of the TV channel reported on.

The incident happened at about 11:30 pm on Sverstiuk Street, near the Kiev Venice residential complex.

The assaulter came running to the journalist, grabbed her face and tried to shut her mouth. She managed to shout, a passer-by ran to her. So the offenser fled on a bicycle.

The attacker's motives are not known for now. Anna Kalyuzhnaya does not exclude it could have been related to her professional activities.

The journalist Anna Kalyuzhnaya has been working in tmass media for seven years, and for more than three years she does with The 24th Channel. She is specialized in coverage of judicial reform and anti-corruption bodies, as well as the work of the Verkhovna Rada. For the last three months, she is presenter and author of “Political Cuisine” blog where she is used to speak of arrangements behind the scene the government officials have.

The police has opened criminal proceedings under the Art. 296 ("Hooliganism") of the Criminal Code, as Detektor Media reported on citing the press service of the Dniprovsky Police Department of the National Police.

"At present, we conduct investigative activity to identify and detain the assaulter," the press service said.

The 24th Channel is looking for witnesses to the attack on journalist Anna Kalyuzhny. Anyone who eye-witnessed the incident is asked to contact the editorial office by phone +38 050 438 91 67.