Journalist, who wrote about ATO veterans involved in Sheremet case, had to leave courtroom 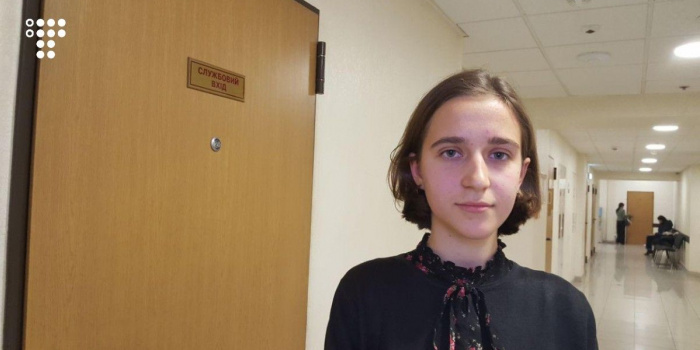 The journalist with “Ukrainian Pravda” Sonya Lukashova, who wrote about the alleged connection of the spouse of ATO veterans Vladyslav and Inna Gryschenko with the murder of journalist Pavel Sheremet, was demanded to leave the Court of Appeal, as Hromadske reported.

On November 26, in the courthouse where they were considering appeal against the arrest of a veteran woman accused of complicity in the attempted murder of a businessman in Ivano-Frankivsk region.

As UP reported, the girlfriend of Inna Teiyna Yesaulova and the blogger Timophiy Zlatkin approached the journalist at the beginning of the court session. They asked Lukashova why she wrote about Grischenko's alleged involvement in the Sheremet murder case. They also demanded that the journalist leaved the courthouse.

“Grischenko's relatives and friends are very indignant that speaking of the case of Pavel Sheremet murder, “Ukraynska Pravda” was mentioning Inna and Vladyslav Gryschenko. They (their friends - Ed. ) claimed that the Gryshchenko were in no way involved in Sheremet's case, they were in no way to blame. Nor do we claim that they are guilty. We are saying that they were named in the official investigation. We call them as persons allegedly involved in the case, ” Sonia Lukashova told.

The journalist added that friends and relatives of Gryshchenko were going to call police to drive her away from the courthouse.

“This is the second sitting I attended. Last time, there was no cause for conflict. After the sitting, I wrote the news that caused the conflict, ” Lukashova said.

Earlier, citing its own sources “Ukrainska Pravda” edition reported that the nwar veterans in the Donbass Inna and Vladyslav Gryshchenko had been allegedly involved in the murder of journalist Pavel Sheremet.