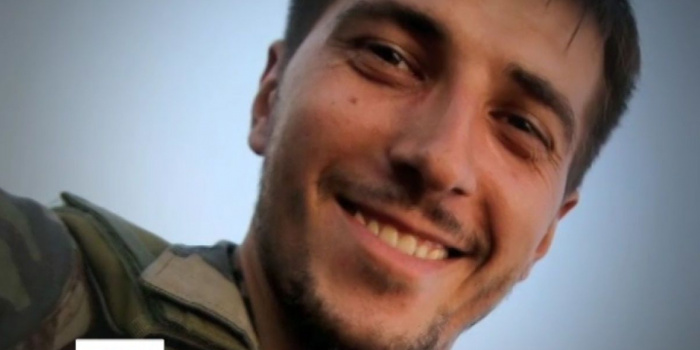 The title of Hero of Ukraine and the Order of the Golden Star Soldier were posthumously awarded to journalist and soldier Viktor Hurnyak, as it is reported on the website of Ukrainian president.

His parents Petro Stepanovych and Maria Myroslavivna received the award on August 29, during the commemoration of the defenders who persihed in the struggle for independence, sovereignty and territorial integrity of Ukraine.

The ceremony was attended by President Volodymyr Zelensky, who granted the national awards for personal courage and heroism.

We will remind, Victor Hurnyak died on October 19, 2014 by mortar shell near the village Smile in Luhansk region, when he was evacuating of wounded soldiers.

He was a co-founder of the photo agency LUFA, collaborated with the online edition Insider, news agencies Reuters, UNIAN. He covered protests from the Independence square (Maydan) in winter 2014, he made a series of photos from the life of "Aidar" battalion.

Viktor Gurnyak was survived by his wife and young daughter.