Journalist suspected of promoting war against Ukraine detained in Moldova 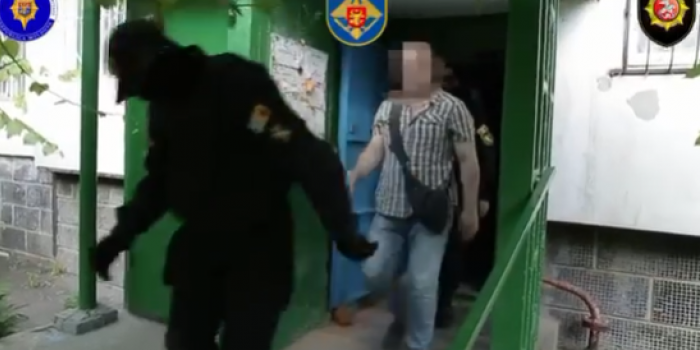 In Moldova, the police detained for questioning the Gagauznews portal editor Nikolai Kostyrkin on suspicion of promoting war.

This was reported by "European Pravda" with reference to the Moldovan Newsmaker.

The Prosecutor's Office for Combating Organized Crime together with the Ministry of Internal Affairs and the Information and Security Service searched the journalist's car and house.

He is suspected of promoting military action and actions aimed at inciting nation-based hatred. The suspect has been taken for questioning.

According to the prosecutor's office, the suspect regularly posted and shared propaganda content, as well as speeches justifying russia's military aggression against Ukraine and inciting hatred and war, through his communication channels.

"And when they come, they will say, 'Why can't you, Moldovans, even stand up for yourself, even for your views, if you are so pro-russian, why didn't you defend them in any way from anybody. Who the hell needs you when you're like this.' The second point: I will push it through our allies' Telegram channels and mass media. I will be heating the situation up. For it all to be read in russia, to be known in russia. In this way, I can make my own contribution, as I dare hope, so that in the highest ranks of the russian government, they will start chopping some heads off and putting others in their place. And so that the operation is effective," the man said in the recording.

The publication notes that after the start of the war in Ukraine, the Information and Security Service (ISS) blocked the website gagauznews.md for information that incites hatred and war.

It will be recalled that the day before, the Moldovan Council on Television and Radio (STR) fined NTV Moldova 18,000 lei (about $ 950) and issued public warnings due to the coverage of the May 9 events.