Car of a journalist damaged in Zhytomyr region. He links it to his professional activity 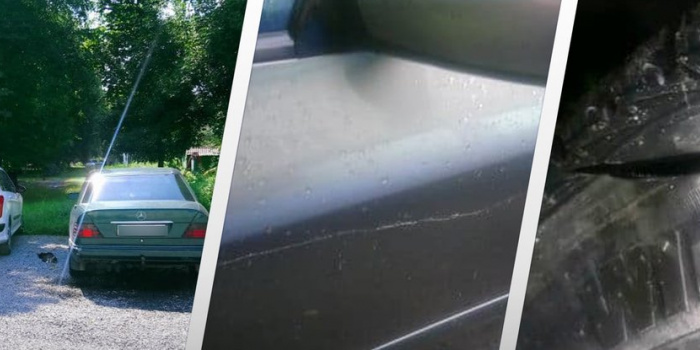 In Novohrad-Volynskyi (Zhytomyr region), some unknown persons damaged the car of a journalist of the local online publication 4141.com.ua. Police in Zhytomyr region reported it.

Police found that the front wheel was damaged and Peugeot car had several scratches on its side. The car belonged to a 38-year-old journalist from a local online publication.

"The police seized a number of pieces of material evidence and collected other evidence. At present, measures are being taken to identify the persons involved in the incident, ”the statement reads.

Commenting to Suspilne, journalist Oleksandr Sukach, whose car was damaged, said that he had repeatedly received threats because of his journalistic activities.

“I used to work in the investigative bodies, in 2014, I went to the anti-terrorist operation, and when I returned, in 2015, I started working as a journalist. In my previous job, I investigated economic crimes, so I started writing about corruption and abuse. From time to time, I receive threats: someone threatens me in the comments on the site, but I delete these comments from there. Sometimes people call and threaten verbally - I'm used to that. I think my car was damaged because of my professional activity. After all, there were a dozen more cars nearby, but they were not touched. Only my car was damaged. I left the car the day before (July 27. - Ed.) in the evening in the yard, and when he came out at 6.30 in the morning the next day, he saw that the wheel was down. I thought that maybe it got a flat by itself, but then I noticed a big scratch on the body. According to the police, the cut on the wheel was 12 centimeters long, ”Oleksandr Sukach said.

According to him, he has recently been writing about problematic topics, but he cannot name exactly the prsons whom he would suspect of damaging his car.

“There are several high-profile topics that I wrote about, but I did not receive any direct personal threats, so I cannot say that I suspect anyone in particular. In general, I am a non-conflict person. As for our site, we are part of the network. My wife and I work there. We do not depend on anyone, we are registered as a limited liability company, we are members of an independent trade union of journalists, ”as Oleksandr said.

The police pre-qualified the event under Part 1 of Art. 347-1 (“Intentional destruction or damage to a journalist’s property”) of the Criminal Code of Ukraine. The sanction of the article provides for a fine of 1,000 to 4,000 tax-free minimum incomes, or arrest for up to six months, or restriction of liberty for up to five years. 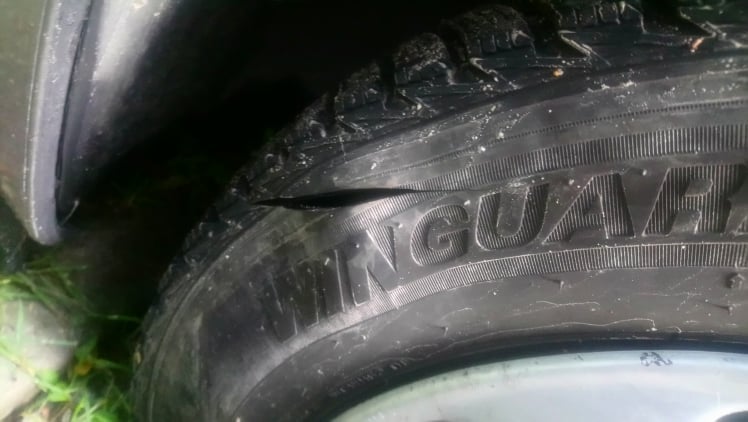 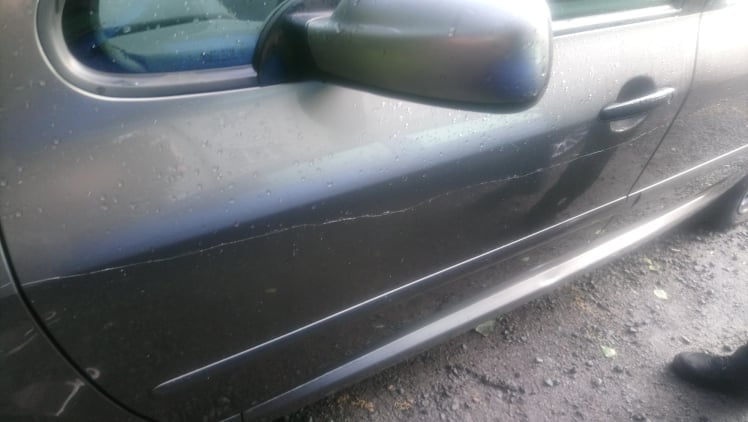