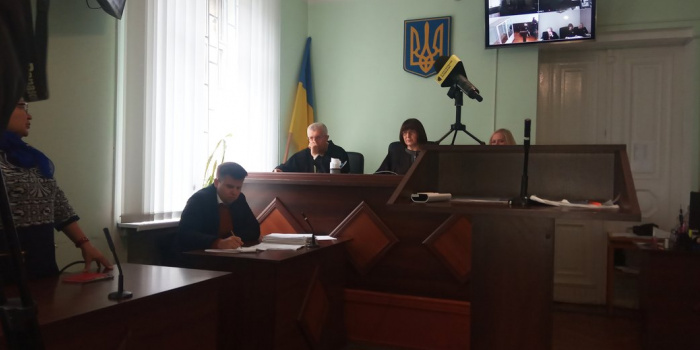 Zhytomyr journalist Vasyl Muravytsky, who is being accused of treason, has terminated his contract with his lawyer Andriy Hozhy. Now his interests will be represented by lawyer Maryna Sholudko.

This became known today during the Korolyov District Court session in the journalist's case, Suspilne reports.

Sholudko stated in court that she is not ready for the case to be tried today. "First you give a mandate, then you give me access to participate in the case. I ask you for a break, to give me an opportunity to familiarize myself with the case materials, with all the motions. I understand that the prosecutor has certain requests, since Muravytsky is absent. I need time to familiarize myself with all this," Suspilne quotes the defender.

Judge Nina Yanchuk granted the request of the accused's lawyer. The trial in the criminal case has been postponed to October 17, at 9:45 a.m., with the accused Vasyl Muravytsky being notified again according to in the established order.

Vasyl Muravytsky is accused of treason and inciting national enmity: since 2014, he has been actively posting anti-Ukrainian content and giving comments on the events in Ukraine to pro-Russian mass media. The case has been pending in court since 2017.

As IMI reported, Vasyl Muravytsky was arrested in August 2017. The journalist has been actively posting anti-Ukrainian content and giving comments on the events in Ukraine to pro-Russian mass media since 2014. The blogger is accused of violating Part 1 of Art. 111 ("Treason"), Part 2 of Art. 110 ("Encroachment on the territorial integrity and inviolability of Ukraine"), Part 2 of Art. 161 ("Violation of the equality of citizens based on their racial and national background") and Part 1 of Art. 258-3 ("Participation in the activities of a terrorist organization") of the Criminal Code of Ukraine.

At the court hearing on June 27, 2018, the Korolyov District Court changed the measure of restraint for Muravytsky to house arrest. Before that, he had been held in custody.

On November 29, 2019, the Korolyov District Court of Zhytomyr allowed the suspect to be placed under overnight house arrest instead of 24-hour house arrest.

In 2020, he changed his lawyer for the first time: his interests were to be represented by Andriy Hozhy instead of Svitlana Novytska.