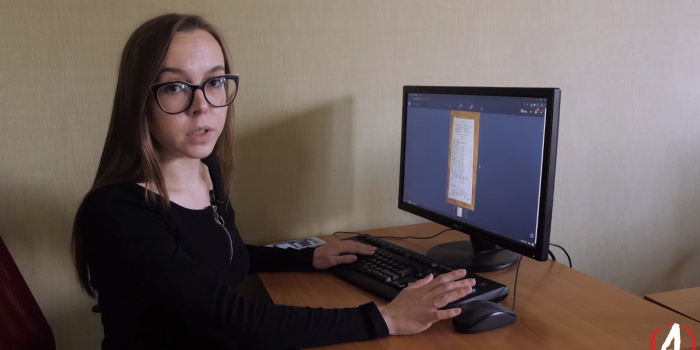 An investigative journalist Alla Maksymchuk filed complaint to the police about interference with her journalistic activities and denial to provide information from the Rivne Regional Department of the State Fund for Youth Housing. The journalist told it the representative of IMI in Rivne region.

In August-October, Alla Maksymchuk was prepapring a journalistic investigation for the “Disclosure Laboratory” project with BIHUS.INFO about a program for lending to young families, which is designed to help families with housing purchase. Such programs are available in many cities of Ukraine and are financed from local budgets.

The journalist tried to find out who got such loans in Rivne. According to Maksymchuk, the Rivne regional department of the fund has repeatedly failed to provide her with the information on the request about people who received loans under favorable terms for the purchase of housing. Moreover, now the administration asks to take down the information about some people from the list who had received housing.

The journalist could obtaine the requested information from the Rivne State Youth Housing only after a complaint to the commissioner.

“First, I asked for the addresses and names of people in the request, then the addresses themselves, and then the names themselves. They replied that all this data was protected by the Law on Personal Data Protection and they were unable to provide me such information without asking these people. However, the Law on Access to Public Information banned to be reticent on the names of recipients of budget funds. I complained to the Commissioner for Human Rights about this. A representative of the office in our region either sent a letter or visited the State Youth Housing in Rivne, but finally I was given an answer with names and initials. And the details on years and the amount of loans. Then I once again sent a request for names, surnames and patronymics of people in full. I got the reply, ”Alla Maksymchuk said.

According to the journalist, the State Agency for Youth Housing specifically failed to disclose the information and did not provid her with copies of some documents related to loan recipients.

“As I found out later, most of those who received a loan under the municipal program, either worked in the city council, its departments or enterprises, or were associated with city and regional officials and deputies. Therefore, in principle, it is not surprising why they were unwilling to disclose the names of these people, ”Alla Maksymchuk said.

After the investigation "Apartments for cronies: who in Rivne received a preferential mortgage supported by the budget" the State Youth Housing department, according to the journalist, sent a strange letter.

“After the publication, we received an answer to one of the inquiries, in which we were asked to take down three names from the list. Because allegedly Rivne State Youth Housing gave us names by error. That is, they allegedly found that they had twice mistakenly included three names in the list of borrowers. At the same time, those people themselves confirmed that they were adherent to the program. But it is impossible to get an answer from the director. He does not want to speak on record, then he is gone on a business trip, then he constantly postpons the meeting and as a result, he aksed again to send a request, "- said Alla Maksimchuk.

Serhiy Logvynchuk, director of the Rivne regional department of the State Fund for Youth Housing Assistance, sees no obstacles in such an attitude.

"We provided all the information she requested within the law. The fact that a criminal case has been initiated, I guess, theywill drop it given there was no corpus delicti. All her inquiries were answered in due time, ” as Serhiy Logvynchuk said.

He also added that some names were asked to be taken away, because they mistakenly provided the journalist with information about people who received loans financed by the region and the city. According to him, the application for loans to those people was submitted by the regional administration. In his opinion, this fact is enough to believe that these people do not fall under the program.

"We frankly do not expect those responsible to pay the fine. But if the court at least finds them guilty, it will be a practice that Ukrainian journalists will be able to refer to, ”Alla Maksymchuk is convinced.