Journalist in Dnipro targeted for filming violations of lockdown in store 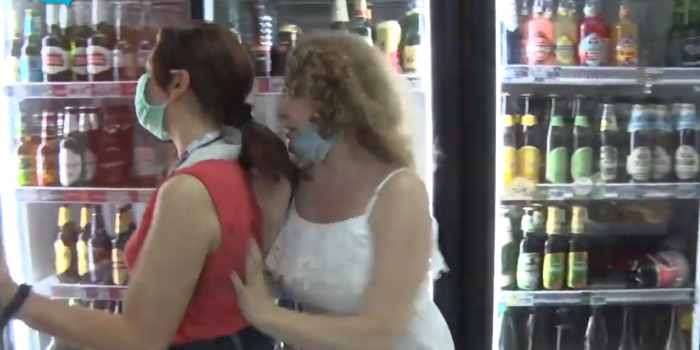 In Dnipro, on June 18, a journalist for Vidkryty TV channel was attacked in a store, as she was inspecting how it worked under the lockdown, as it was reported by Vydkrytyy TV channel website.

Journalist Khrystyna Malikova was to film the work of grocery stores under lockdown. The closest to the Vidkrytyy TV channel studio was “Asorti” store.

Khrystyna went in and, introducing herself as a journalist of the TV channel, began to record on the phone violations of quarantine regulations: the production was not covered and the seller and visitors failed to wear face masks and other protective outfit.

Khrystyna Malikova's mobile phone was seized and the video was deleted. The journalist was bruised.

To my question: "Why don’t you wear means of protection, if the country is under lockdown?" - The saleswoman put on her face mask and became aggressive. The owner of the store ran out and started beating me on my hands to pick up the phone. Someone else came out of the counter and grabbed me by the collar. As a result, my cell phone was taken away from me. Then the owner ran into the office and deleted the video, ”the journalist said.

According to the press secretary of the National Police of Dnipropetrovsk region Alina Stadnyk, at present, the police is considering the issue of entering the recorded offense in the Unified Register of pre-trial investigations under Article 171 of the Criminal Code of Ukraine. "The investigators are to probe into the case," she said.

The owner of the store explained her behavior by saying that “Assorti” was a private company and it is forbidden to take pictures inside.

“In addition to the fact that the owner violated the law on obstruction to journalistic activity, the store violated quarantine measures. The owner of the grocery store must be held accountable for what she did, ”said lawyer Vyacheslav Koshovy.