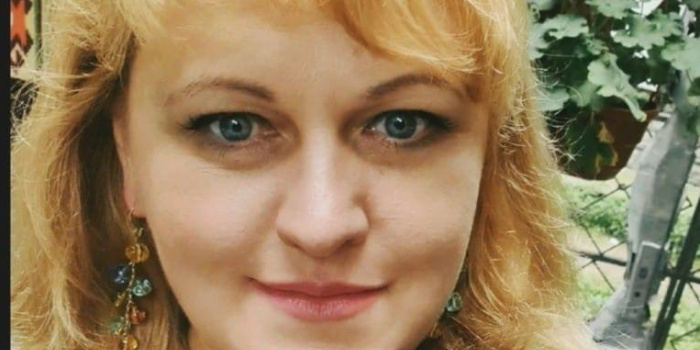 Halyna Khalymonyk, journalist and editor of "Bilyaivka City" (Odesa region), said that a local resident was threatening her with physical violence, and the local police refused to investigate it.

She reported this in her blog and to IMI representative in Odesa region.

According to the journalist, the threats came in May 2022 from Oleksandr Savko, a Bilyaivka resident who wrote a post with hints of aggression on his Facebook page: "Oh, Halyna, you still have the strength and patience to write and make commissions from over the border? No conscience to come home? Yes, that's not enough... After all, when you return, you know what awaits you, right? Remember, Halya, you will be taken out of this world... For all your gossip, for all your fake posts, for all your fake 'publications,' for all the pictures of children used because of your stinky PR. I'm waiting for you... At home... Kurwa ... " 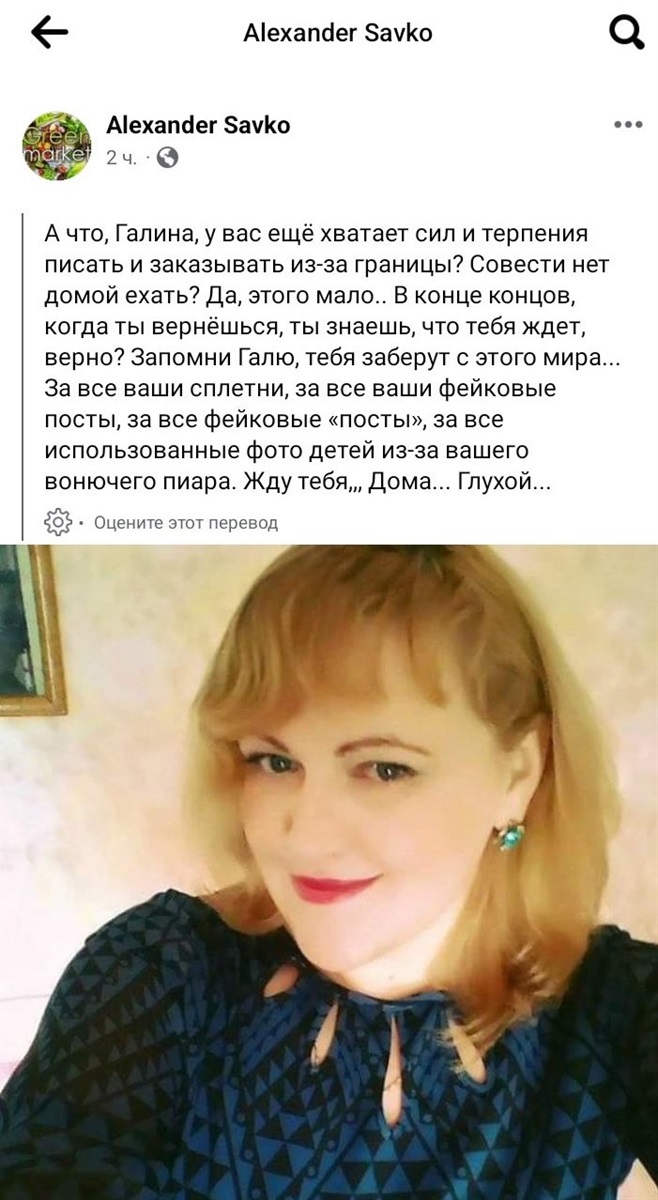 The journalist believes that the incident has to do with her journalistic activities, as the conflict arose over an article about the renaming of Moskovskaya Street in Bilyaivka. After that, the man began to leave his comments, cited by the editors:

As Halyna Khalymonyk said to IMI representative in Odesa region, she filed a statement to the authorities. As early as June 2, the Odesa District Department №2 replied that no objective confirmation a criminal offense having been committed had been found during the reviewing of her statement. At the same time, the document signed by the head of this department states that a preventive interview with citizen Savko has been held.

The journalist disagrees with the police's stance and is preparing a new complaint to the court and the prosecutor's office. 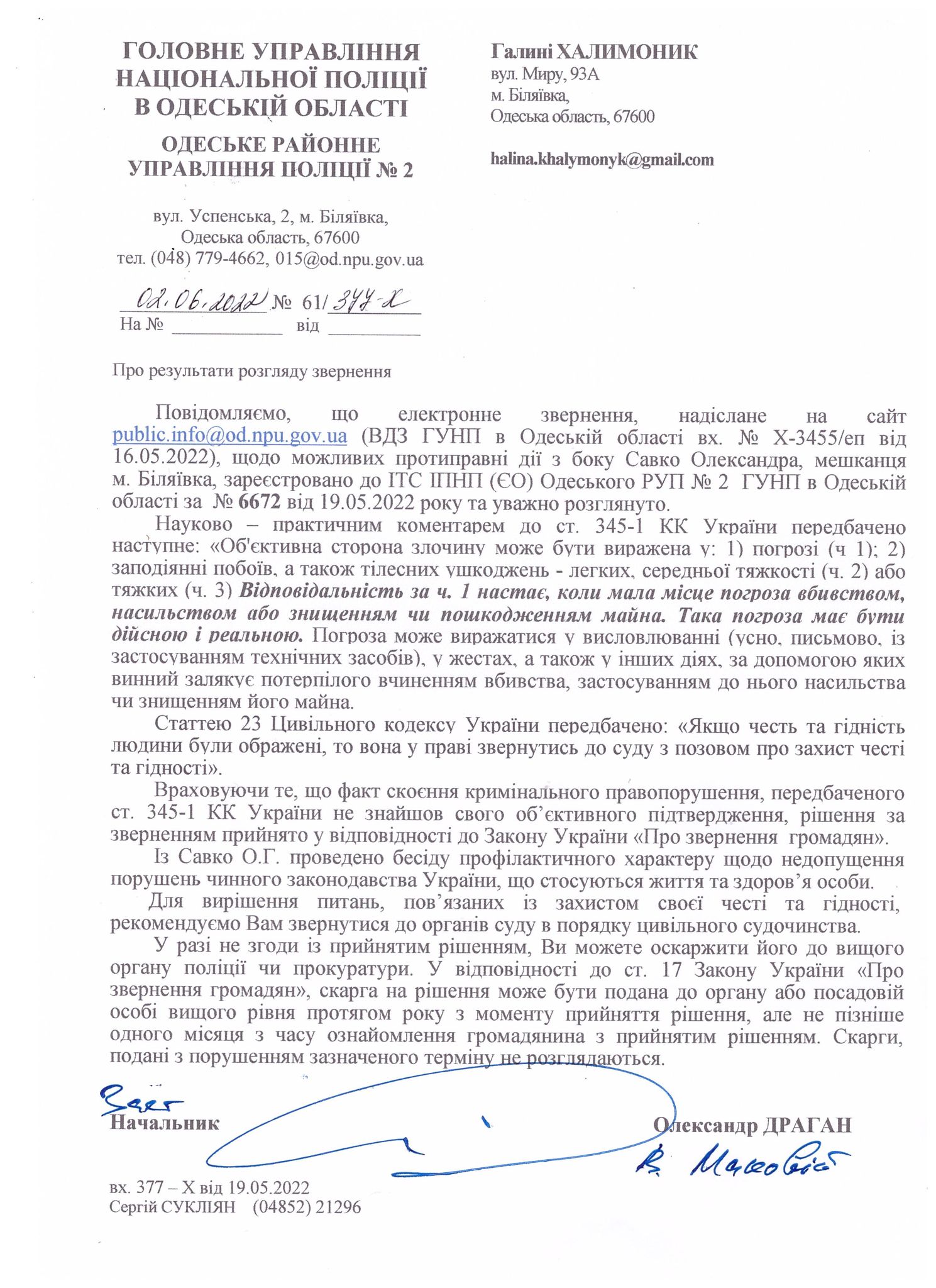