Journalist for Fox News got leg fractured by Russian shelling 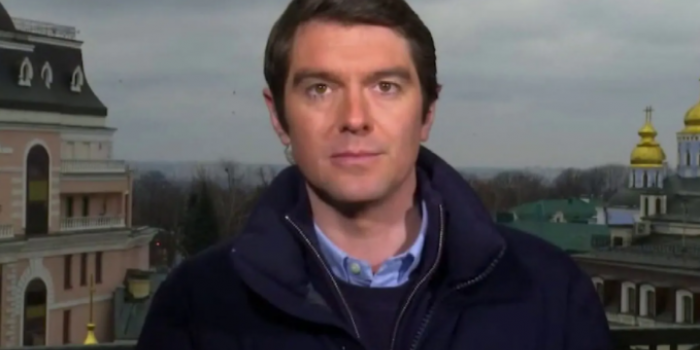 Fox News correspondent Benjamin Hall was hospitalized with wounds sustained on March 14 while reporting on the developments near Kyiv.

This was announced by Fox News CEO Suzanne Scott, as Ukrayinska Pravda reported.  BenjaminHall has been covering the war in Ukraine since recent weeks.

"We have a minimal level of details right now, but Ben is hospitalized and our teams on the ground are working to gather additional information as the situation quickly unfolds.

"The security of our entire team of journalists in Ukraine and the surrounding regions is our top priority and extremely important," Scott added.

In the evening of March 14, the Prosecutor General of Ukraine Iryna Venediktova reported that a foreign journalist had received a shrapnel fracture on both legs as a result of shelling by Russian troops. She published a journalist's ID showing the name of Fox News, an American television channel.

According to theProsecutorgeneral, the journalist is in intensive care at the hospital.

Fragmentary fracture of the two lower extremities - "Russian world" diagnosis made by Ukrainian doctors to a British journalist. The journalist is currently in intensive care under medical supervision. […] Once again, I would like to address our partners: a citizen of your country was on the territory of Ukraine, performing an editorial task. His diagnosis is above. This man was not at the military facility, which, according to Russian officials, they are constantly targeting. While not at the military facility, he was seriously injured, "Venediktova wrote.

The information about the crime has been entered into the Unified Register of Pre-trial Investigations (ERDR), and this procedure will be properly investigated, the Prosecutor General said.