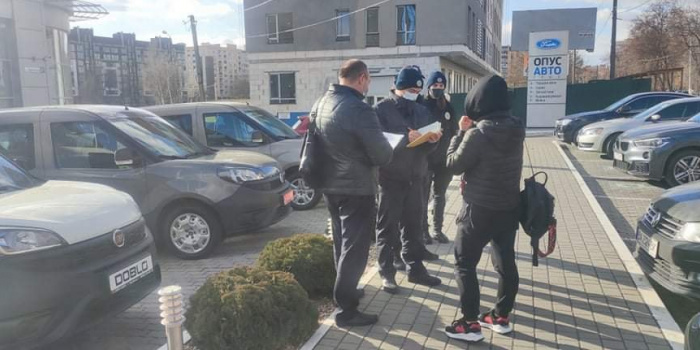 Alona Bereza, investigative journalist and IMI representative in Khmelnytsky, who was attacked on November 3, is under protection of armed security guards. This was reported to IMI by the Department for the Protection of the Interests of Society and the State of the Police.

This decision was isgned on November 4.

“Last evening, a decision was issued to provide physical armed protection. (…) A security plan will be drawn up and approved on a daily basis, and the person will accompany the victim continuously. Our task is to protect the victim, ” they said in the police department.

Police opened criminal case for hooliganism (part 1 of Article 296 of the Criminal Code).

On November 4, the prosecutor's office, police questioned the victim.

The case is under the control of the Interior Minister, Denis Monastyrsky, and the head of the National Police, Ihor Klymenko.

The decision to grant protection came into force since November 5.

As IMI reported, on November 3, in Khmelnytsky, an unknown man poured unknown substance on Alyona Bereza, an investigative journalist and IMI regional representative. The journalist connects the attack with her professional activity.